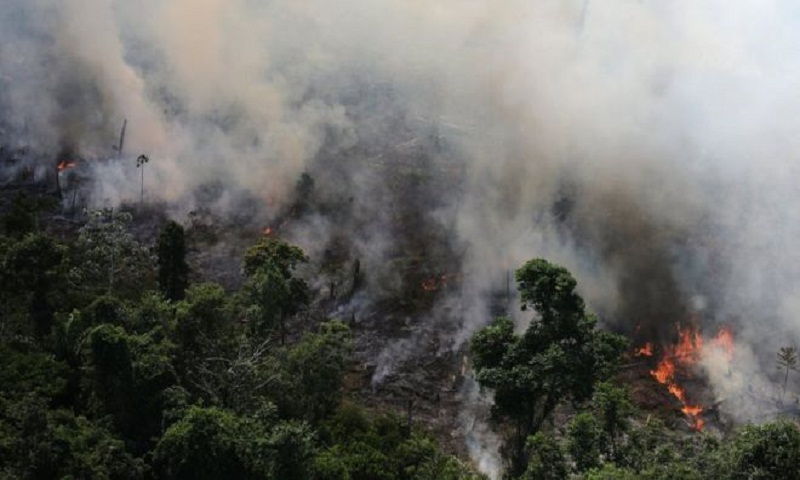 Brazil's Amazon rainforest has seen a record number of fires this year, according to new data from the country's space research agency.

The National Institute for Space Research (Inpe) said its satellite data showed an 83% increase on the same period in 2018.

It comes weeks after President Jair Bolsonaro fired the head of the agency amid rows over its deforestation data.

Smoke from the fires caused a blackout in the city of Sao Paulo on Monday.

The daytime blackout, which lasted for about an hour, came after strong winds brought in smoke from forest fires burning in the states of Amazonas and Rondonia, more than 2,700km (1,700 miles) away.

Conservationists have blamed Mr Bolsonaro, saying he has encouraged loggers and farmers to clear the land.