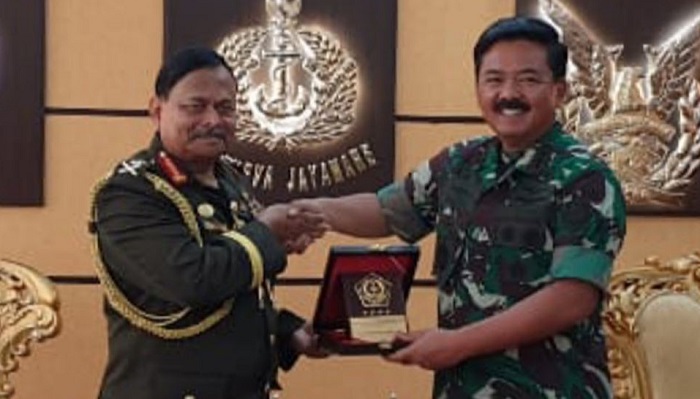 During the meeting, they exchanged greetings and discussed various issues, future plans and bilateral cooperation between the Bangladesh Army and the Indonesian Army.

Earlier, when the Bangladesh army chief reached Indonesia’s army headquarters, he was given a guard of honor by a smart contingent of armed guards from the Indonesian army.

Later, the army chief visited the Indonesian Armed Forces headquarters. During the visit, he paid a courtesy call with the commander of Indonesia Armed Forces Air Chief Marshal Hadi Tjahjanto.

During the meeting, they discussed various aspects of the development of bilateral cooperation between the two countries.

The army chief will return home on August 23.