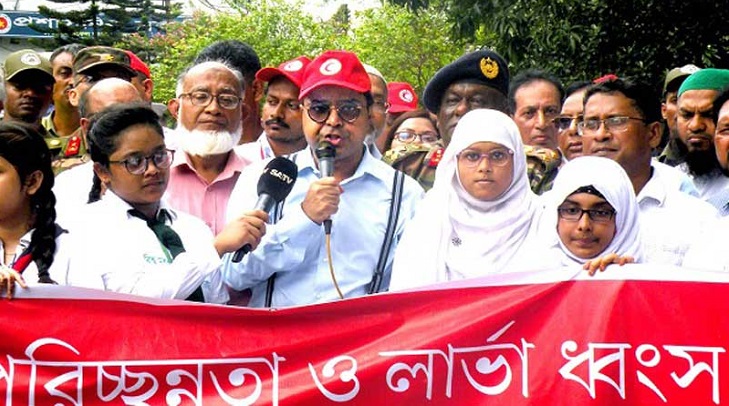 He came up with the announcement while launching an operation to destroy breeding grounds of Aedes mosquito and cleanliness drive at Dhaka Medical College and Hospital in the capital marking World Mosquito Day Tuesday (August 20)..

Drives were conducted in 58,747 houses under DSCC till Monday (August 19), as part of preventing dengue epidemic, said Mayor Sayeed Khokon.

"Aedes larva found in around 1,200 houses have been destroyed," he said.

The DSCC mayor said they were working to the full strength to bring the dengue outbreak under control within the first week of September.