HC wants to know speech of SP over Minni’s confession 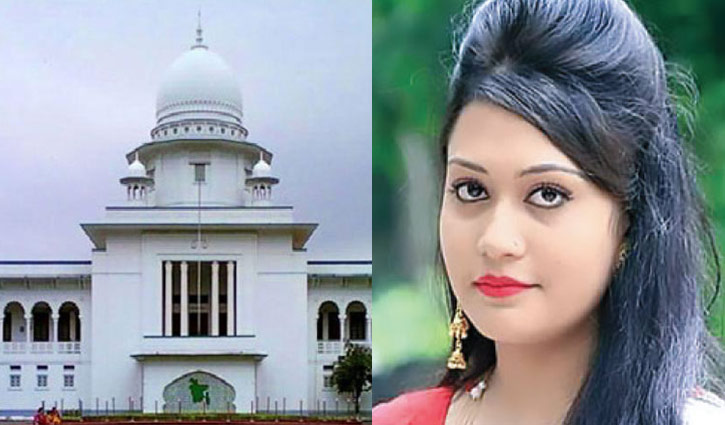 The High Court wants to know whether police found evidence of Ayesha Siddika Minni’s involvement in killing her husband before she submitted confessional statement before the lower court.

ZI Khan Panna, her counsel, will have to reply to the court’s query in writing today (Tuesday).

A division bench of Justice M Enayetur Rahim and Justice Md Mustafizur Rahman made the query while hearing Minni’s bail petition on Monday.

The High Court adjourned the hearing till 2:00pm today.

During hearing, Panna said Minni is main prosecution and eyewitness in the murder case. But police interrogated her in police station on July 16. After interrogation she was shown arrested in the case.

Next day, police produced her before a lower court in Barguna and prayed for remand. The court placed her on a five-day remand. After remand, she submitted the confessional statement.

According to newspaper report, Barguna Superintendent of Police (SP) Maruf Hossain, at a press conference on July 18, said they found Minni’s involvement during interrogation at police station the previous day.

Minni, who is behind the bar for her alleged involvement in killing her husband in Barguna, has filed a bail petition with the High Court again on August 18 after it was rejected earlier.

Her counsel submitted the bail petition on her behalf.

Earlier, on August 8, the counsel took back bail petition from another bench of the High Court which was unwilling to grant her bail.

That day, HC asked for a copy of Minni’s confessional statement in the case pending with a lower court in Barguna but the lawyer failed to provide it.

Justice Sheikh Md Zakir Hossain and Justice Md Mostafizur Rahman of the bench rejected the petition for not being placed properly.

Rifat Sharif, 23, died after a group of assailants hacked him near the Barguna government college on June 26. He accompanied Minny on her way to the college. She was likely to collect examination schedule on the day.

Videos of the killing in broad daylight became viral in the internet and social media. The video shows Minny effort to save her husband.

Refat’s father Dulal Shorif filed a case with Barguna police station against 12 people. In the case, Minny is named as the key witness.