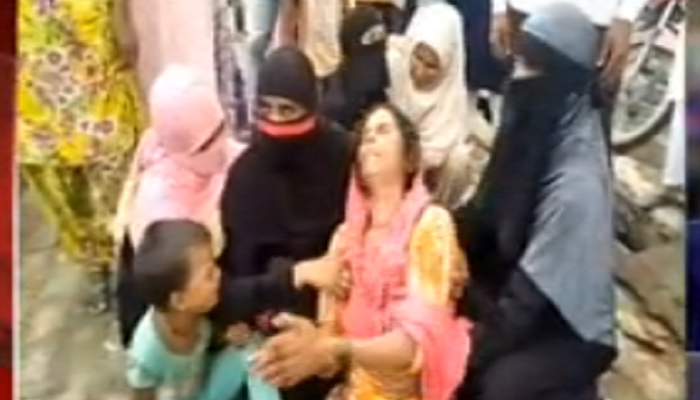 A 22-year-old woman was allegedly burnt to death by her husband and in-laws in Uttar Pradesh's Shravasti district of India on Friday evening, after she tried lodging a police complaint over an attempt to divorce her using now the banned 'triple talaq' practice. Shockingly, local police allegedly tried to get the couple to compromise and settle their differences instead of taking legal action.

The Muslim Women (Protection of Rights on Marriage) Act, 2019 was passed by the Lok Sabha on July 25 and the Rajya Sabha five days later. According to the terms of the bill, any form of 'triple talaq' - spoken, in writing or via electronic communication - is illegal and void. Those found guilty are liable to face up to three years imprisonment.

The victim's father has claimed his daughter was given 'triple talaq' over the phone on August 6 by her husband Nafees, who works in Mumbai. The victim, Sayeeda, went to the police the same day to lodge a complaint. However, she was sent back and asked to wait for her husband to return from Mumbai.

"He used to beat her up regularly, but I did not raise my voice earlier. But then he gave her 'talaq'. The police made them compromise after the husband asked the cops to give him a second chance," Ramzan Ali Khan, the father, told.

The couple had been summoned by the police last week but, instead of taking legal action against Nafees, the cops asked the two to stay together.

The following day there was a heated argument between Nafees and Sayeeda over her attempted police complaint. Sayeeda was thrashed by her husband and doused with kerosene by her in-laws, who set her on fire.

Sayeeda's minor daughter was an eyewitness, according to the police.

"Now see what he has done. Nafees, his parents and his sister are responsible," Sayeeda's father said.

The police have confirmed that investigations are ongoing and Nafees and his father have been arrested. More arrests are likely soon.

"We have received a complaint. The body is being sent for post-mortem. They have named eight people in the FIR. We are making efforts to arrest everyone," BS Dubey, a senior police officer, said.

On the issue of local police refusing to file Sayeeda's complaint, the officer said enquiries would be made.