Midday meal in all govt primary schools by 2023 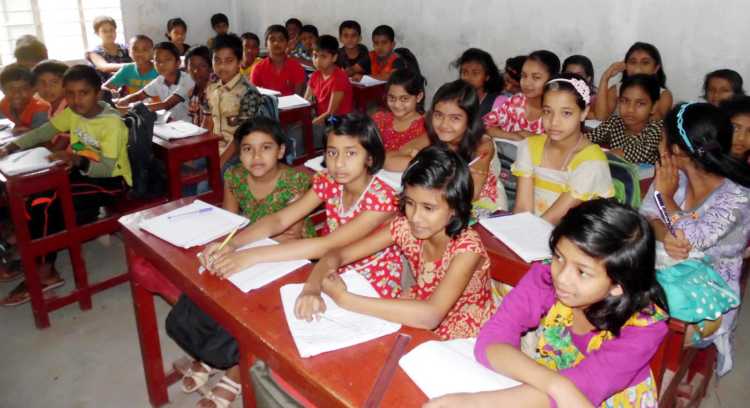 The cabinet on Monday approved the draft of the National School Meal Policy, 2019 setting a target to bring students of all government primary schools under universal midday meal coverage by 2023.

The approval was given at a meeting with Prime Minister Sheikh Hasina in the chair at the Prime Minister’s Office in the capital.

“We have approved National School Meal Policy, 2019 aimed at bringing all the students of government primary schools under the midday meal coverage by 2023,” Cabinet Secretary Mohammad Shafiul Alam told a press briefing at the Secretariat.

In line with the policy, the government will form a National School Meal Authority to supervise the overall activities and an advisory committee comprising eminent personalities of the society to evaluate and give necessary advices to make it successful, he also said.

The midday meal would have to meet 30 percent calories and 50 percent micronutrient of the primary school students aged 3 to 12 years, he added.

As many as 1.40 crore students of 66,000 government primary schools across the country will be provided with midday meals by 2023 and it will require Taka 2,835 crore per year for giving fortified biscuits to the students, Taka 5,560 crore for giving cooked foods in five days and biscuits in one day and Taka 7,475 crore to give egg, banana and bread, additional secretary (development) Md Gias Uddin Ahmed of the Primary and Mass Education Ministry told reporters.

Referring to a survey, he said that the rate of presence of the students has increased by 11 percent in schools where cooked foods are being served and by 6 percent where biscuits are being given to the students.

The government is currently giving a 75-gram pack of biscuit to nearly three million children at primary schools in 104 upazilas under the current project involving Taka 474 crore and it will end by December in 2020, he said, adding that the government is giving cooked midday meal to primary school students in three upazilas including Bamna and Islampur of Jamalpur (of Barguna, Jamalpur and Bandarban).