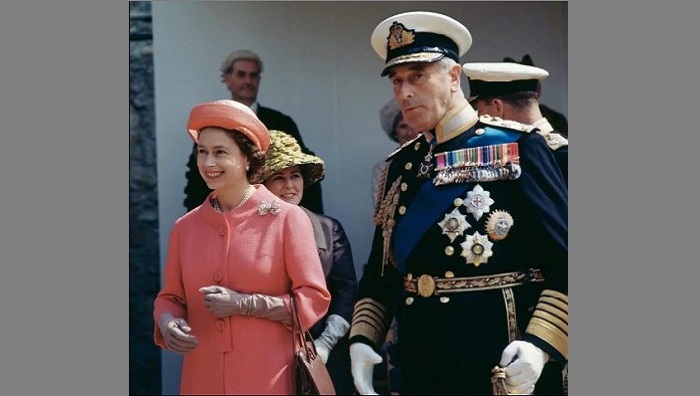 It was one of the darkest days of the Troubles.

Just before noon Prince Charles’s uncle Lord Louis Mountbatten was assassinated by the IRA, who detonated a bomb on his fishing boat off the southern Irish coast.

Four hours later, across the border in Ulster, 18 British soldiers were massacred by two IRA bombs at Warren point.

But the 40th anniversary of that terrible day — August 27, 1979 — is likely to be overshadowed by shocking revelations about Earl Mountbatten.

The secret reports, compiled by the US agency over three decades including during World War Two, contain allegations that Mountbatten “was a homosexual with a perversion for young boys”.

The files claim Mountbatten, the former chief of defence staff, was “unfit to direct military operations” because of his sexual appetite.

The FBI files are featured in a book to be published this week which includes an interview with Ron Perks, the Earl’s driver in Malta in the late Forties.

He tells how one of Mountbatten’s favoured haunts was the Red House in Rabat, which was “an upmarket gay brothel used by naval officers”.

Mountbatten’s wife’s affairs are well known and he did once admit: “Edwina and I spent all our married life getting into other people’s beds.”

Rumours of Mountbatten’s bisexuality have been hinted at since his death but the Establishment closed ranks.

Now the FBI files uncovered by author Andrew Lownie are the first official confirmation the Earl — who will be played by Charles Dance in the latest Netflix series of The Crown — had relationships with men at a time when homosexuality was illegal.

The FBI’s dossier includes an interview in February 1944 with Elizabeth de la Poer Beresford, Baroness Decies, a friend of the Queen Mother.

Mountbatten was wartime Supreme Allied Commander in South East Asia at the time.

The Baroness told the head of the FBI’s New York field office, “Lord Mountbatten and his wife are considered persons of extremely low morals”.

The report adds: “She stated that Lord Louis Mountbatten was known to be a homosexual with a perversion for young boys.

“In Lady Decies’ opinion he is an unfit man to direct any sort of military operations because of this condition.

“She stated further that Lady Mountbatten was considered equally erratic”.

FBI bureau chief EE Conroy wrote that the Baroness appeared to have no special motive in making her damning statement.

The Mountbattens: Their Lives, published on Thursday, includes an interview with Anthony Daly, rent boy to the famous in the Seventies.

Daly had a relationship with Tom Driberg and claims: “Tom said Mountbatten had something of a fetish for young men in military uniforms, with high boots, and beautiful boys in school uniform.”

From 1965 until his death Mountbatten was Regimental Colonel of the Lifeguards, a source of young men.

And an unnamed officer claimed that in the mid-1960s, around the time he took charge of the regiment, Mountbatten set up a young officer in a flat in London’s Belgravia.

Driberg’s biographer Francis Wheen says Mountbatten — who was also Admiral of the Fleet — tried to seduce a 17-year-old sailor. Wheen says the naval rating was lined up “to go on a picnic for two” with Mountbatten when he was visiting Malta.

One file from April-July 1956 was shredded two years ago, after Lownie requested the records.

Mountbatten’s wife Edwina came under scrutiny because of her close friendship with Krishna Menon, the Indian defence minister, and because she “had affairs with black men”.

In April 1957 the FBI produced a memo on allegations of an affair with singer Paul Robeson.

She also had an on-off relationship with West Indian pianist Leslie “Hutch” Hutchinson, who she is said to have given a jewelled penis sheath from Cartier.

Mountbatten’s youngest daughter Lady Pamela Hicks told how her father was devastated when Edwina took a lover but for decades he enjoyed a relationship with Yola Letellier, the young Frenchwoman who the film Gigi was based on.

Author Andrew Lownie says Mountbatten’s sexuality drove him to the top: “His sense of inadequacy in his private life found an outlet in his determination for public office.