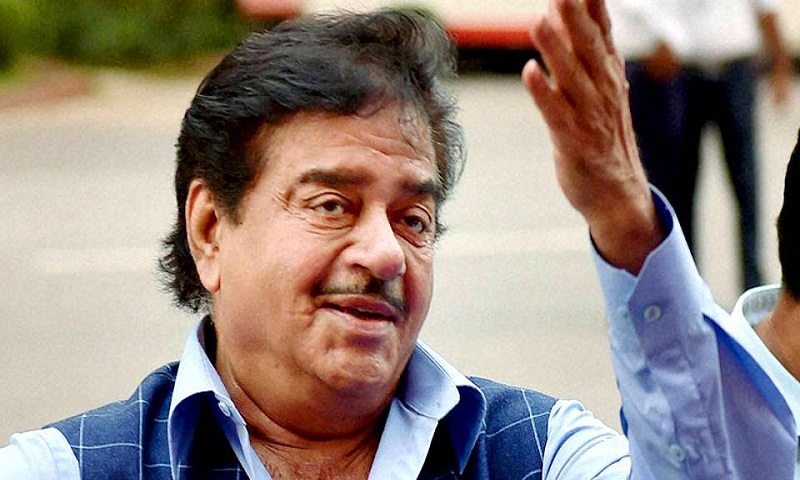 Former BJP leader Shatrughan Sinha who had been severely critical of Prime Minister Narendra Modi on Twitter in the past, changed gears on Sunday to praise on him for his “courageous, well-researched and thought-provoking” Independence Day speech.

The actor-politician and former BJP lawmaker from Patna Sahib who joined the Congress ahead of the Lok Sabha elections this year, lost to Union law minister Ravi Shankar Prasad from the Patna Sahib seat.

Sinha who once described the BJP a “two-man army, one-man show”, tweeted, “Since I’m famous or infamous for calling a spade a spade, I must admit here, Hon’ble PM that your speech from the #RedFort on 15th Aug’19 was extremely courageous, well researched & thought provoking. Superb delivery of the key problems facing the country.”

In his speech, Modi had mentioned three key challenges for the country: population explosion, plastic pollution and not to regard wealth creators with suspicion.

But Sinha is not the first Congressman to hail Modi’s I-Day speech in which the Prime Minister had laid out a blueprint to tackle the country’s problems.

Senior Congress leader and former Union finance minister P Chidambaram had also given a thumbs up to the speech “All of us must welcome three announcements made by the PM on I-Day,” Chidambaram had tweeted.

But he also added that tax officials should take a cue from the PM’s speech to stop tax harassment, reports Hindustan Times.