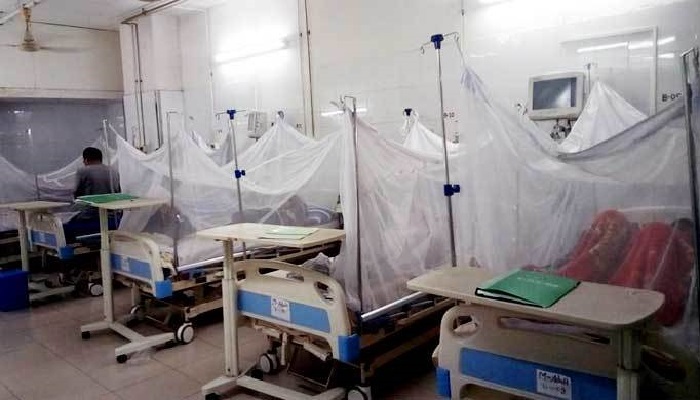 A total of 1,460 new dengue patients were admitted to different hospitals across the country in the last 24 hours till 8:00am on Saturday, showing a fall in the number of dengue cases than the previous day, according to the DGHS.

The fresh data of the Directorate General of Health Services (DGHS) showed that a total of 621 dengue patients were admitted to different hospitals in the capital and 839 were outside Dhaka.

Earlier, some 1,719 dengue cases including 759 in the capital were reported in the previous 24 hours.

DGHS data showed that a total of 51,477 dengue patients were admitted to hospitals with dengue fever from January 1 to till the date. Of them, 40 deaths were reported during this period.

In last year, a total of 10,148 dengue cases and 26 deaths were reported in the country.