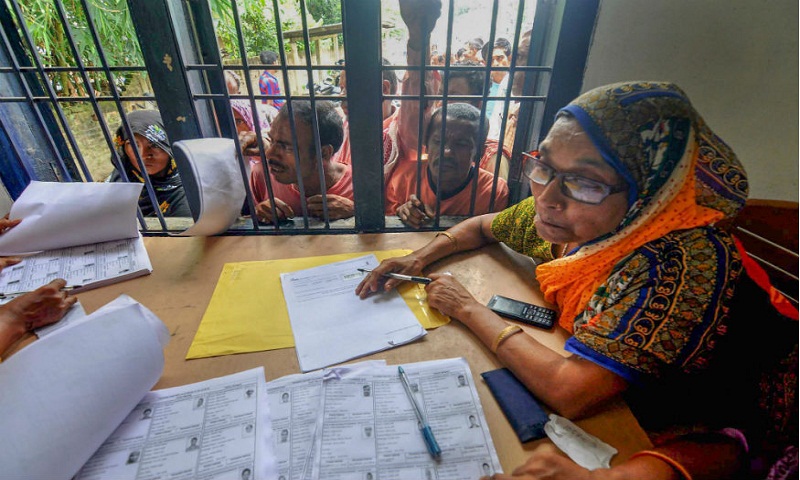 The Supreme Court Tuesday ruled that exclusions to the Assam National Register of Citizens (NRC) should be published online only on August 31, the date on which the final NRC is scheduled to be released, reports The Indian Express.

The Court also said an appropriate regime, similar to Aadhaar, would be created to ensure the safety of NRC data.

The court’s statement came after the Assam government had revealed district-wise data regarding exclusion from draft NRC, published last year to the state Assembly.

This action of the state government had gone against the apex court’s order on August 16 last year, when the bench had asked NRC state coordinator Prateek Hajela “to file in Court, in a sealed cover, the percentage of the population in each district (district-wise) who have been left out of the final draft NRC.”