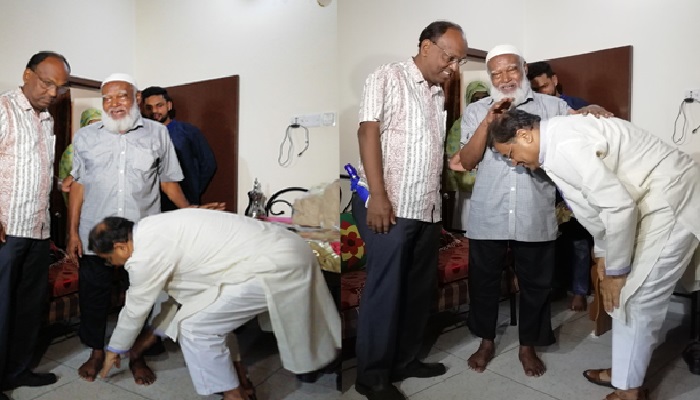 Information Minister Dr Hasan Mahmud on Friday paid a visit to one of his school teachers in the Chattogram’s Bayezid Bostami area and touched his feet as a token of respect to the instructor.

The information minister got Muhammad Ishaq, former headmaster of Chittagong Government High School, as an English language teacher in his school life.

Muhammad Ishaq, now in his eighties and a graduate from Dhaka University, couldn’t help but bursting into tears while his disciple touched his feet.

Admiring the current information minister’s role, he also expressed his wish of seeing Hasan Mahmud as next education minister.

Hasan Mahmud, also the Awami League (AL) Publicity Affairs Secretary, passed his SSC examination from the school in the year of 1978.