Woman puts live octopus on face for photo contest, ends up in hospital 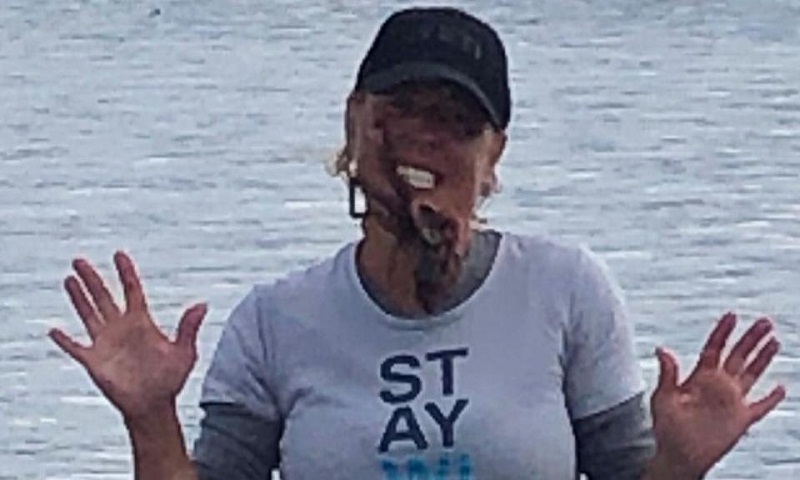 What a woman thought would be an unusual and fun photo session turned out to be an extremely painful incident. It involved a live octopus and landed her in the hospital.

Jamie Bisceglia was participating in a photo contest and wanted to take an image that would look different from the rest, reports Fox News. Sadly, Bisceglia’s picture did manage to capture people’s attention but not in the way she wanted.

Bisceglia took to Instagram to share the story of her misadventure along with a few images showing what happened.

“Can you say CRAZY! Yes, that is an octopus on my face!!” she wrote on Instagram.

Things went south when the eight-legged creature bit her. “I didn’t know they had a beak that they can inject into you,” she added.

“Ouch! My chin is swollen up and would not stop bleeding and now it’s just oozing,” she wrote further. She also wrote about her plans for the octopus.

“How are you feeling now? Better?” wrote an Instagram user. “Ouch,” wrote another. “You’re lucky it wasn’t a blue ring octopus because it would have killed you,” wrote another as a caution.

A few, however, were not happy with Bisceglia using an octopus for a photo op. “Some people just have no respect,” wrote one. “You asked for this? Why? You’re too old for this?” questioned another.