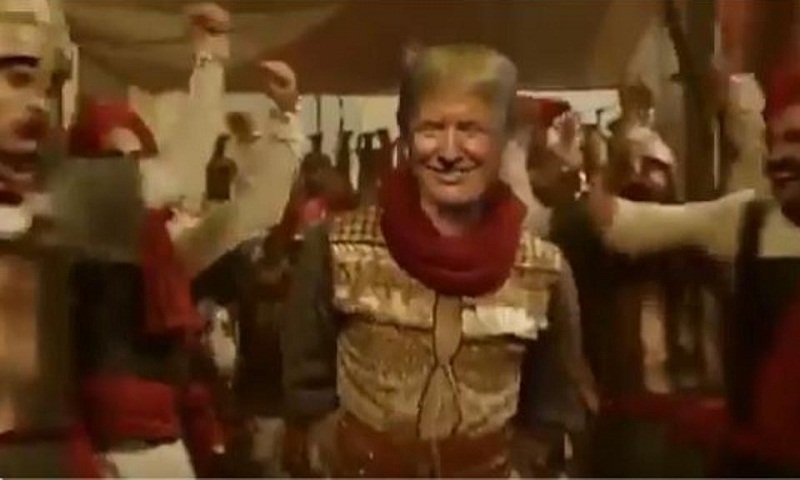 Actor Ranveer Singh is a well known name across the globe but he found some new audience when the social media director in the office of US President Donald Trump, Dan Scavino, shared a funny video of the POTUS’ face superimposed on that of Ranveer in his hit song, Malhari from the 2015 film, Bajirao Mastani.

Dan Scavino, the social media director in the Trump government in the US, shared the video from his personal Twitter account and captioned it, “By no means do I intend to drive the haters crazy today — but after such an awesome week, let’s wrap it up with a another great day! #KAG2020.”

The video received mixed reactions from many of his followers on Twitter. Among the many users who loved the song, a viewer commented to the post, “I’m just here to ask what movie or TV show that’s from, because that’s a killer dance scene.” Another wrote, “I never get tired of watching it.#Trump2020” One more user shared a meme with the caption, “LOL! DANCING TO THE BEAT!”

The dance number featuring Ranveer was a vital part of the story. It was termed as the victory dance after Ranveer, who played Peshwa Bajirao, celebrates one of his many victories with his soldiers. Sung by Vishal Dadlani and penned by Prashant Ingole, the song was choreographed by Ganesh Acharya.

The actor had won the Filmfare Award for Best Actor for the role. Directed by Sanjay Leela Bhansali, the film also starred Priyanka Chopra and Deepika Padukone. Ranveer is currently shooting for his next, titled ‘83. It is based on India’s first Cricket World Cup victory in 1983, reports Hindustan Times.