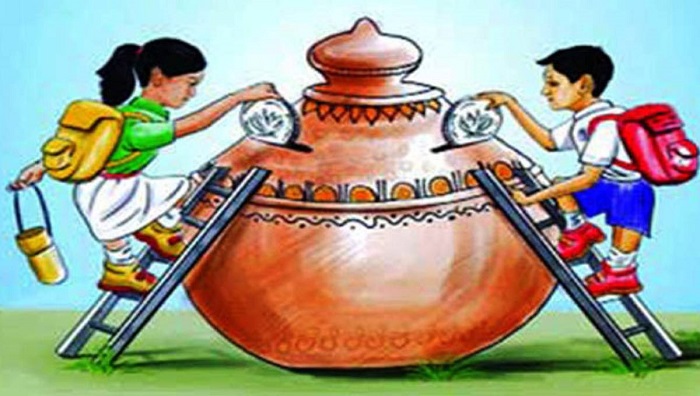 Besides uttering the proverb (Chhoto chhoto balu kona, bindu bindu jol, gore tole mohadesh, sagor otol) ‘small particles and drops of water build continents and oceans’, school students in Khulna have proved that a small portion of their savings can really be a big amount.

According to Bangladesh Bank sources, students of government and non-government schools in Khulna have credited Tk 123.51 crore against 187,103 lakh school banking accounts till June, 2019.

BB sources said that 25,756 new accounts were opened since June 2018 creating an exemplary success in the school banking sector.

Teachers and students told UNB that the amount saved in school banking accounts is mostly from the portion saved from the students’ tiffin money. They save something everyday even if it is a very small amount.

The mentality of saving money as against being profligate has been developing, they added.

Safiur Rahman, headmaster, Khulna Govt Primary School, said the rate of savings by school students is rising which proves the positive mental change for savings from childhood for a solvent future.

Md Nawaz Sharif, information officer and deputy director of Bangladesh Bank, Khulna, said, “Opening of school banking accounts is an ongoing process in every school. The central bank has been arranging conferences, campaigns and fairs to encourage students to save.”