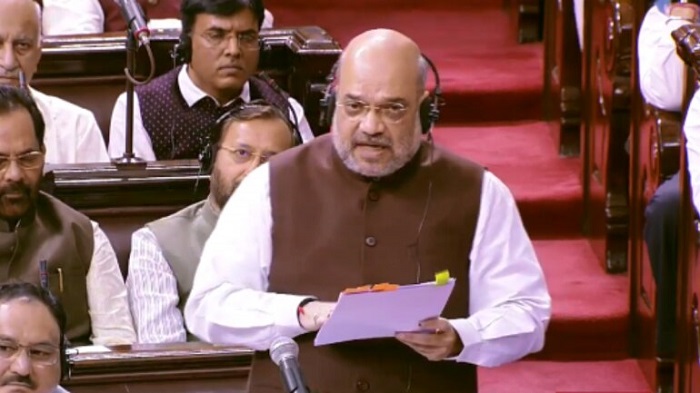 The Indian government on Monday rushed through a presidential decree to scrap a special status for disputed Kashmir, hours after imposing a major security clampdown in the region.

Home Minister Amit Shah told parliament that the president had signed a decree abolishing Article 370 of the constitution giving special autonomy to the Muslim-majority Himalayan region.

The decree said the measure came into force "at once".

Kashmir has been divided between Indian and Pakistan since their independence in 1947. The Indian-administered part of the territory has been in the grip of an insurgency for three decades that has left tens of thousands dead.

What is Article 370 that the government has sought to revoke:

1. According to the Constitution of India, Article 370 provides temporary provisions to the state of Jammu and Kashmir, granting it special autonomy.

2. The article says that the provisions of Article 238, which was omitted from the Constitution in 1956 when Indian states were reorganised, shall not apply to the state of Jammu and Kashmir.

3. In 1949, the then Prime Minister Jawaharlal Nehru had directed Kashmiri leader Sheikh Abdullah to consult Ambedkar (then law minister) to prepare the draft of a suitable article to be included in the Constitution.

5. Ayyangar was a minister without portfolio in the first Union Cabinet of India. He was also a former Diwan to Maharajah Hari Singh of Jammu and Kashmir

6. Article 370 is drafted in Amendment of the Constitution section, in Part XXI, under Temporary and Transitional Provisions.

7. The original draft explained "the Government of the State means the person for the time being recognised by the President as the Maharaja of Jammu and Kashmir acting on the advice of the Council of Ministers for the time being in office under the Maharaja's Proclamation dated the fifth day of March, 1948."

9. Under Article 370, the Indian Parliament cannot increase or reduce the borders of the state.