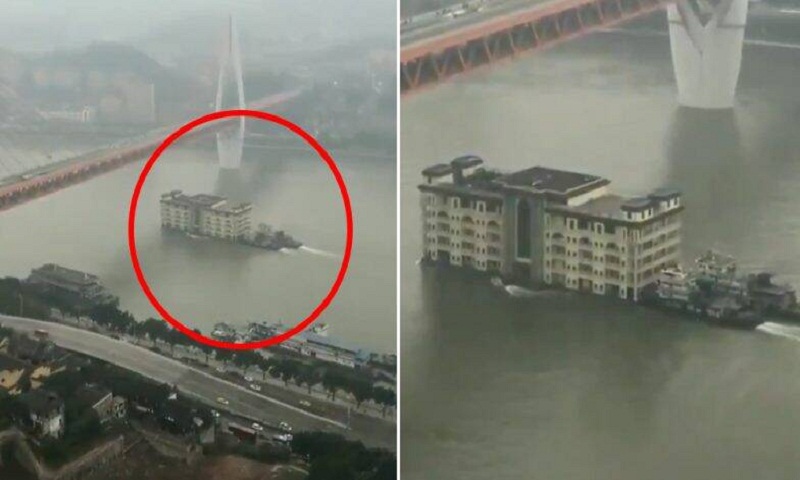 A video of what appears to be a floating building being pushed across a river in China has been shared on Twitter and is collecting a ton of reactions. Before you get startled by this, the tweet posted along with the unusual clip explains that it was actually a floating restaurant that was being moved across the river. The video was actually recorded back in 2018 and is making rounds of social media all over again, thanks to the striking scene recorded in it.

“Things that happen in China. A five-story “building” was spotted cruising along the Yangtze River back in November 2018,” says the tweet posted along with the video. It goes on to explain that the “restaurant” had been asked to “relocate due to policies changes”.

The video, shared by CGTN in November 2018, explains further that since the restaurant had no power at the time, it had to be pushed across the river with the help of two smaller boats.

The clip, tweeted on July 29, is once again collecting reactions from netizens. While some have posted hilarious comments, a few have reacted to the scene.

It turns out that the eatery, named Impression Jiangjin, was relocated because it was causing pollution in to the river, reports Daily Mail.