BGMEA assures President of paying salary, bonus ahead of Eid 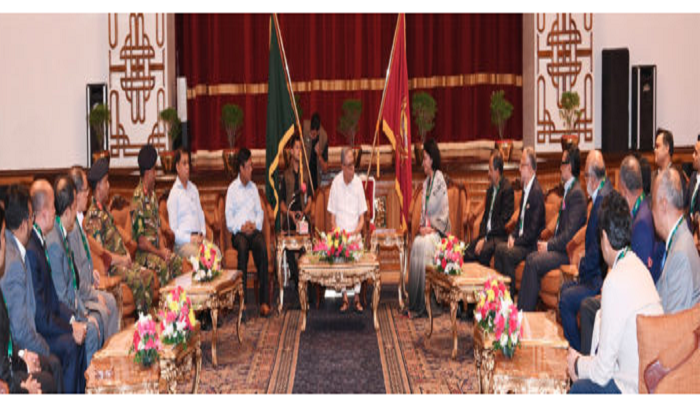 The Bangladesh Garment Manufacturers and Exporters Association (BGMEA) today promised to pay garment workers’ festival allowance and salary ahead of the Eid-ul-Azha as they called on President Md Abdul Hamid at Bangabhaban here this afternoon.

He asked the BMGEA representatives to generate new investments for the betterment of the country and its people.

Lauding the contribution of the Readymade Garments (RMG) sector of Bangladesh, Abdul Hamid said Bangladeshi products have already earned
reputation worldwide and its products are being displayed and sold in the global markets.

“Its commercial potentials are enhancing gradually,” the President observed.

He also suggested the BGMEA leaders for ensuring the production of quality and diversified products and also maintaining good relations between the factory-owners and workers to increase production.

Secretaries concerned to Bangabhaban were also present there.