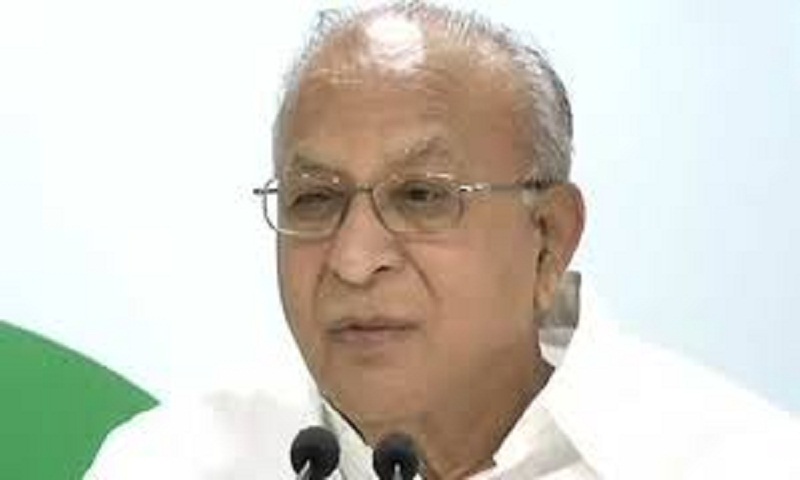 The 77-year-old was recently diagnosed with pneumonia and was admitted to the hospital, where he died at 1.28 am, a Congress leader told PTI.

Reddy held key portfolios in various governments. He was a four-term MLA, member of Lok Sabha for five terms and member of Rajya Sabha for two terms.

Reddy was the Information and Broadcasting Minister in the IK Gujral government. During the UPA-1 government he held portfolios like urban development and culture.

In UPA-2, he was again assigned the urban development ministry. Later, he became the minister of petroleum and natural gas but was shifted to the science and technology and earth sciences ministries, creating a political storm.

Speaking to reporters at Jaipal Reddy's residence, Venkat Reddy said the State Government should allocate a place for performing the last rites keeping in view the popularity of the leader.

We will request the State Government to allocate place for the funeral as thousands of his followers and people are expected to attend. A regular crematorium cannot accommodate such a big crowd, Venkat Reddy said.

He also said the party would request the State Government and Telangana Chief Minister K Chandrasekhar Rao to name a project or place after Jaipal Reddy.

President Ram Nath Kovind expressed condolences over the passing away of Jaipal Reddy.

"Sorry to hear of the passing of Shri S. Jaipal Reddy, former Union Minister. He was a thinking person's politician and an outstanding parliamentarian. My condolences to his family and many associates," the President said in a tweet,.

The Congress, in a tweet, said it was saddened to hear the passing of Reddy. "We hope his family and friends find strength in their time of grief."

"Huge personal loss to me and the entire Congress party. We will miss him," he added.

KCR in statement recalled the services rendered by Jaipal Reddy as union minister and parliamentarian.

Known for his oratory skills Jaipal Reddy carved a niche for himself in Parliament and State assembly alike. The chief minister conveyed his condolences to the bereaved family members, Jagan said in statement.

AICC spokesperson Dasoju Sravan said it's a great loss to the party, to the people of Telangana and the nation.

"I am shocked (on his demise). He was a role model leader. His honesty was impeccable," Sravan told PTI.

"His role in formation of Telangana is superb.He silently did a great job of convincing Congress and various other political party leaders after personally talking to them and persuading them," Sravan said.