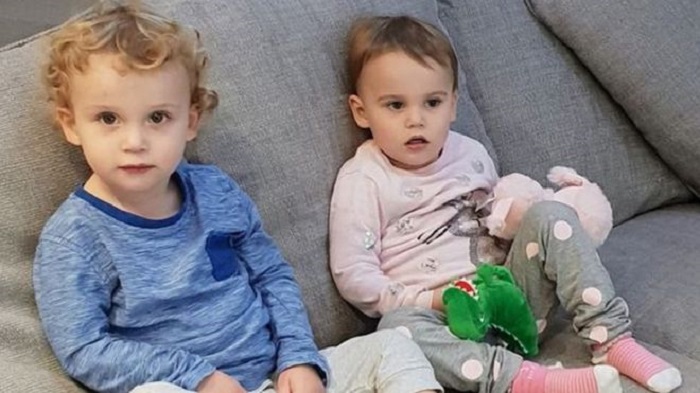 A mother drowned her toddler twins in a "narcissistic rage" after her marriage broke down, a court has heard.

A psychiatrist told a judge she had killed them in an act of "retaliation and punishment" against Ford.

Samantha Ford was in the grip of acute depression when the twins' bodies were found at a house in Margate, Kent, on 27 December, the court heard.

They were discovered after Samantha Ford had tried to take her own life by driving without a seatbelt at about 100mph into the back of a lorry.

"I put them in the bath. We were meant to be together."

Samantha Ford and her husband had spent the first 10 years of their marriage in Qatar before moving to Charing, Kent, last year.

She was angry at having left her affluent lifestyle and was said to be trying to pressure her husband into returning to in the Middle East.

The couple split last November, and she moved with the twins to a rented house in Castle Drive, Margate.

Her mental health rapidly declined and she made multiple internet searches into different methods of suicide, the court heard.

Prosecutor Tom Kark QC said she had sent multiple text messages to her estranged husband, including one which read: "You have ripped my world apart".

"She was very upset that the relationship had broken down and didn't like the idea of becoming a single mother," Kark said.

In a victim impact statement, Ford said he thought his children would have been "terrified, confused and that they suffered" in death.

"This was the most heinous, spiteful act on two innocent children. I have no doubt (Samantha Ford) did this with the intention of taking her own life and punishing me in the process."

"I know how she behaves when things don't go her way and when she doesn't get what she wants."

"It's an extreme version of her character because she couldn't get her own way - knowing how much I loved the children she knew it would be the ultimate punishment for me not going back to her."

Consultant forensic psychiatrist Dr Muzzaffar Hussain, who has treated Samantha, said her actions could be attributed to a "narcissistic rage" at her perceived humiliation at the hands of her husband.

Dr Hussain said Samantha had displayed a "sense of entitlement", and attributed "bad things that happen" to others.

He went on to say she had been experiencing a "homicide/suicide fantasy", which he believed was "in play as a way of retaliation and of punishment of Mr Ford for leaving her - a sense of 'this is what you made me do'."

The court heard that, while in hospital, Samantha Ford had talked of voices telling her to kill the children - claims she had not made before she was hospitalised.

"Unfortunately I think it's a wish to appear more severely ill than she is," he said.

"I don't deny that she is ill but I think there's a wish to come across more severely unwell than she is and there's a part of that that's coloured the narrative a little bit."

Brenda Campbell QC, for Ford, said there had been 76 communications between Ford and mental health services in the weeks before the killings.