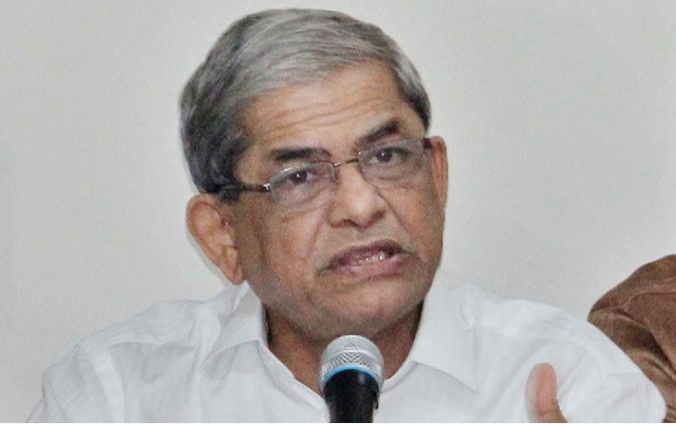 BNP on Friday warned the government of facing a strong movement if it does not free its ailing chairperson Khaleda Zia and other state prisoners immediately.

“We’ve taken a vow to intensify our movement to free our leader Khaleda Zia and our all other arrested leaders and activists. We’ll surely be able to wage the movement,” BNP Secretary General Mirza Fakhrul Islam Alamgir said.

He came up with the remarks while talking to reporters after placing a wreath at BNP founder Ziaur Rahman’s grave together with party joint secretary general Habibun Nabi Khan Sohel who was recently released from jail.

He urged the government to free Khaleda Zia and all other state prisoners immediately withdrawing the false cases filed against them to avert the street agitation.

Describing the current parliament as illegal, the BNP secretary general also called upon the government to hold a fresh election under a neutral government to from it with people’s mandate. “Or else, the country’s people will never forgive you.”

Fakhrul alleged that though their chairperson Khaleda Zia is seriously ill, she is not getting necessary treatment at Bangabandhu Sheikh Mujib Medical University (BSMMU). “She has been kept in jail unfairly for over 18 months in false cases. She's now seriously sick, but doesn’t get proper treatment.”

She has been undergoing treatment at the BSMMU since April 1 this year.