Facebook won't rule out digital currency launch without US approval 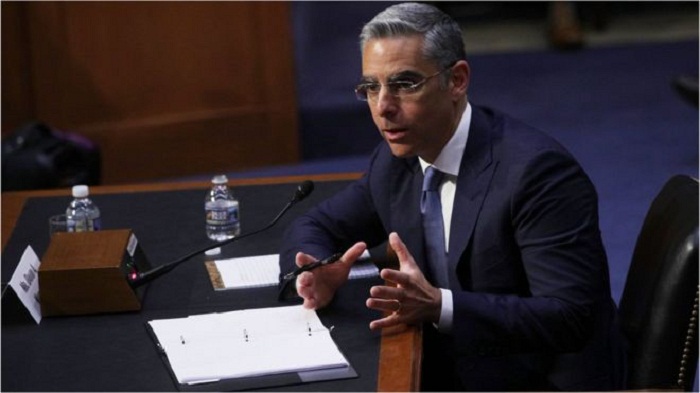 Facebook is facing immense pressure from US regulators over its plans to launch a digital currency, Libra, in association with more than 20 partners including Visa, MasterCard and Uber, reports the BBC.

As well as co-creating the Libra currency, Facebook plans, on its own, to offer its own digital wallet, called Calibra. Like a physical wallet with cash, Calibra will store a users’ Libra, and make it possible to engage in transactions with other wallets.

Libra has the potential, lawmakers say, to dramatically disrupt the global banking industry - a digital currency that can cross borders, without the wild price fluctuations and illegal connotations of Bitcoin and its ilk.

Which is why David Marcus, the Facebook executive of its currency project, was brought in front of two US congressional committees last week to answer concerns.

“I want to be clear,” Mr Marcus said in his opening statement to US lawmakers. "Facebook will not offer the Libra digital currency until we have fully addressed regulatory concerns and received appropriate approvals."

Almost a week later, it’s difficult to get a clear answer from Facebook about whether it feels it needs US lawmakers on board in order for Libra to go ahead.

“If the US doesn't give approval, but Facebook gets approval elsewhere in the world, will Libra’s launch go ahead in those places?” I asked.

A spokeswoman replied, telling me: "David [Marcus] committed that Facebook will not offer the Libra digital currency until we have fully addressed regulatory concerns and received appropriate approvals. This is Facebook’s commitment. We will be offering Libra through Calibra. Calibra will only launch in jurisdictions in which we have approval to launch.”

That didn’t quite answer the question on whether the Libra project would still go ahead if the US didn’t approve, or if Calibra - the part which Facebook will run on its own - would be available in other countries, if not the US. So I tried again.

"If the US is yet to approve Libra/Calibra, but country X does, will Facebook launch Calibra in country X?”

The spokeswoman said she wouldn’t comment on a hypothetical scenario. Fine. I tried again.

"Is it Facebook’s position, today, that in the absence of US regulatory approval, it intends to launch Libra in other markets, subject to local regulators’ approval?”

“Nothing more to share on this,” the spokeswoman said.

It’s hard to stay out of the weeds on this one. Technically, Facebook isn’t in charge of the Libra Association, and so can’t be solely responsible for its actions. But when I tried to reach the other partners on the project to get their view, most directed me back. “Facebook is spearheading [leading],” said one rep from a payments company. “You need to talk to them.”

Facebook’s spokeswoman confirmed to me that when Mr Marcus made his commitments to Congress, he was referring specifically to Calibra, the wallet, rather than the wider Libra currency. A spokeswoman for the Libra Association said on Tuesday it would only launch when it had "addressed applicable regulatory issues and received appropriate approvals". But that likely won’t be enough for US lawmakers concerned about the impact the project could have on the dollar.

"Mr Marcus was very clear that Facebook 'would not launch until all concerns are addressed' and I believe he is a man of his word,” senator Mark Warner, who sits on the Senate Banking Committee, wrote in an email to BBC News.

"With Libra backed by the US dollar and dollar-denominated securities, its launch will have very real consequences - and poses very legitimate stability and soundness concerns - for the US, even if Facebook chose not to launch it in the US.

"I appreciate Facebook engaging policymakers on this front and fully expect them to adhere to Mr Marcus’s commitment not to launch Libra - full stop - unless and until the concerns of regulators are addressed.”

There could, however, be little the US can do - the Libra Association will be headquartered in Switzerland. On Tuesday, a Facebook spokeswoman reiterated the view that it would seek approval in the jurisdictions it operates.

"Engaging with regulators, policymakers, and experts is critical to Libra’s success,” the spokeswoman said.

"This was the whole reason that Facebook along with other members of the Libra Association shared our plans early. The time between now and launch is designed to be an open, collaborative process. We will take the time to get this right.”

But, again, neither Facebook, nor a spokeswoman for the Libra Association itself, would be drawn on what would happen elsewhere if the US feels Libra should not go ahead.