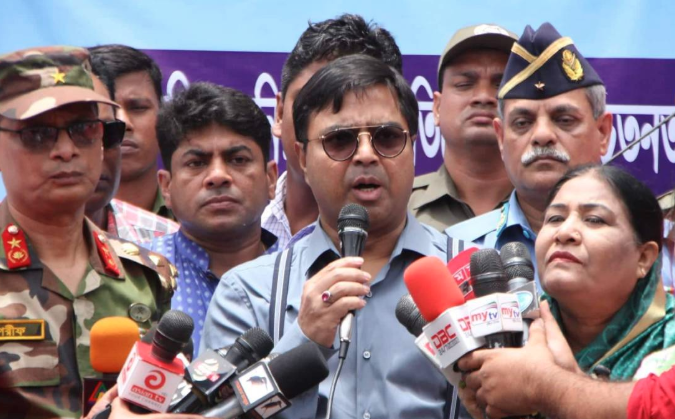 The joint research conducted by icddr,b and Centers for Disease Control and Prevention (CDC) showing ineffectiveness of insecticide against mosquito was not on medicines used by Dhaka South City Corporation (DSCC), Mayor Sayeed Khokon said Tuesday.

“The research didn’t include any sample of our medicines ... We’ve decided to give samples to Institute of Epidemiology, Disease Control and Research (IEDCR) for tests,” he said.

If the IEDCR tests find any of the samples ineffective, then the DSCC will use an alternative prescribed by IEDCR with approval from the World Health Organisation (WHO).

“The WHO country director has already spoken with us. We’ve [separately] sent samples of our medicines [to WHO] and are waiting for their response,” he said.

Mayor Khokon inaugurated a road show in the morning to raise public awareness against Dengue, Chikunguniya and other mosquito-borne diseases.

“More than 25,000 patients have been given free healthcare by the mobile units of DSCC,” he said.

Between January and July 21, as many as 7,179 people were hospitalised with dengue fever. The official death toll is six.

Khokon also mentioned about DSCC’s newly-formed mobile court to inspect under-construction establishments which may have breeding grounds for Aedes mosquito, responsible for dengue.

“Magistrates will take actions according to law if larva of Aedes or other mosquitos are found,” he said.

Khokon said the number of dengue patients will decrease next week if the weather pattern remains unchanged.