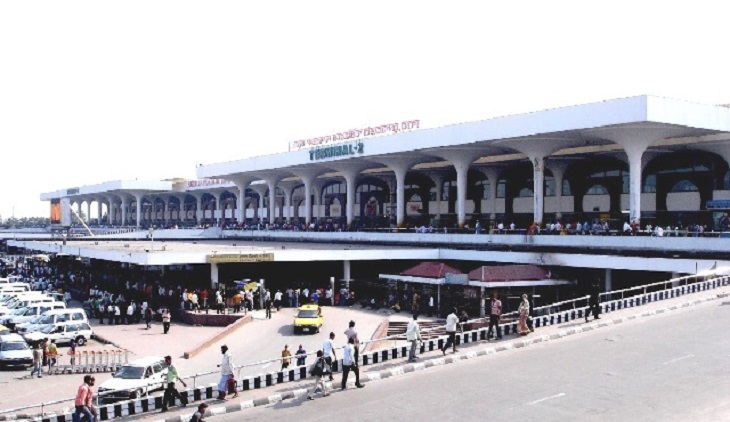 Power supply to Hazrat Shahajalal International Airport restored after seven hours of disruption on Sunday afternoon following a power-line disconnection in the morning.

Power outage and disruption in water supply hit the airport in the morning, causing sufferings to passengers.

Group Captain Mehbub, director (security) of Hazrat Shahjalal International Airport, said power connection got partially disrupted around 8:30 am as a power line was cut off during a drive against illegal electricity connections by DESCO near Kawla Bazar rail track, reports UNB.

“All the lights and fans were operating…only air-conditioners went out of service due to the power outage. All the flight operations – both domestic and international ones – were normal,” he said.

But, Dhaka Electric Supply Company (DESCO) Director (Operation) Nur Mohammad informed that the electricity line at the airport was cut off during a repairing work on a water line by the airport authorities.

“It’s their internal problem… DESCO is not responsible for this,” he said.