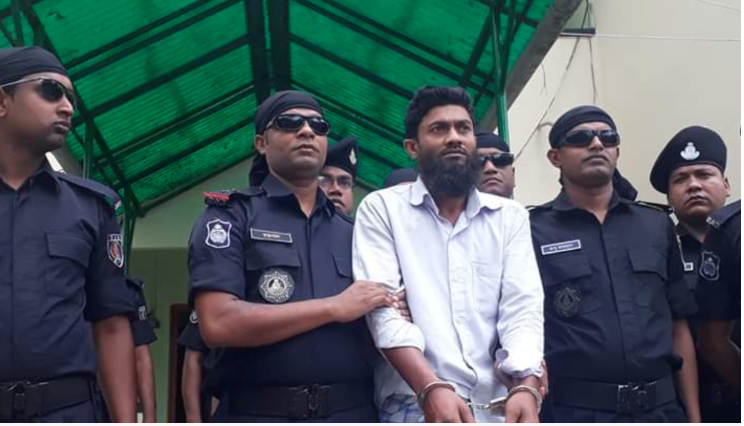 A man, accused of raping and killing a class X student, was arrested on Saturday morning from the Sadar upazila’s Charnachana village.

“A Rab team raided the area and arrested Sajjad Hossain, 45, from his house around 5am,” Atika Islam, additional director of RAB-8 Madaripur camp, told the media.

Rab said Sajjad, an auto-rickshaw driver by profession and a resident of the village, had confessed to his crimes. He was handed over to the Sadar Model Police Station in the afternoon.

On July 11, the victim, 14-year-old Dipty, had gotten on Sajjad’s vehicle when returning home to Charmuguria from her sister’s house. She was the only passenger when the vehicle reached East Khagdi area where the driver lived.

Sajjad forcefully took her to his house where he sedated and raped the girl. But at one stage, when Dipty fell ill, he strangled her. He tied bricks to her neck and put the body in a sack before dumping it in a nearby pond.

Two days later, locals saw the body floating in the pond and contacted police. The victim’s family identified the body from her clothes.

Her family filed a case with Sadar Model Police Station on July 14.