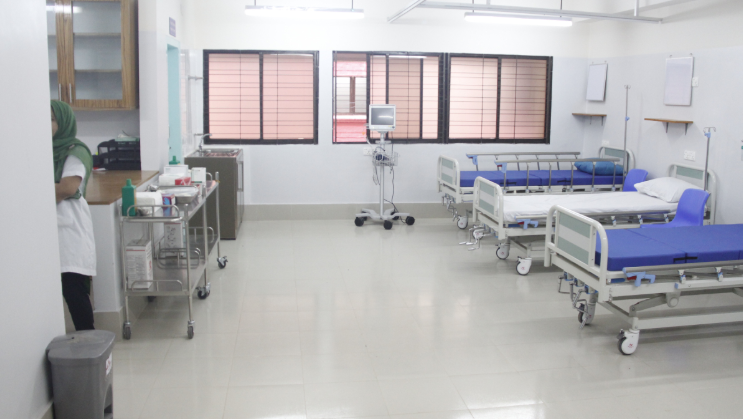 This referral hospital serves the district’s entire population, including the displaced populations from Myanmar and their host communities in Bangladesh.

“It’s not only about international standards per se, it’s about saving lives. If patients are attended on time, chances of survival or recovery can be significantly increased,” said ICRC Cox's Bazar Office's Head Sabrina Denuncq at the inaugural ceremony.

Denuncq said for this, important rules need to be respected in the ED and particularly: triage – the most urgent and serious cases attended in priority – and only one family member accompanying the patient; then, the ED health staff will be in good conditions to attend the patients in the best way.

International Committee of the Red Cross (ICRC) has financed the project and implemented the renovation work.

In doing so, the ICRC has closely been working together with the Cox’s Bazar Sadar Hospital management and the Ministry of Health and Family Welfare (MOHFW), ICRC said on Saturday.

The ICRC has been providing necessary equipment, furniture and medical supplies in the emergency department under this project.

It also provided specialist emergency department trainers to work with the physicians and nurses assigned to the department by the MOH to provide quality of care to the patients using standardised international guidelines.

The ICRC also plans to work with the hospital authorities on the management of mass casualties and the referral systems in Cox’s Bazar.

Earlier on August 12 last, MOHFW and the ICRC signed a Memorandum of Understanding (MOU) to support the emergency department of Cox’s Bazar Sadar Hospital.

The influx of communities from Myanmar has added additional pressure on the health-care facilities in Cox’s Bazar, including in Ukhiya and Teknaf, according to ICRC.

The ICRC together with the Bangladesh Red Crescent Society (BDRCS) has provided medical services to over 135,000 patients so far since 2017 through mobile health teams in different camps and in border areas including Konarpara, it said.

Besides, the BDRCS and the ICRC have been supporting the two health complexes in Ukhiya and Teknaf with waste management, training sessions and medical supplies since 2014.