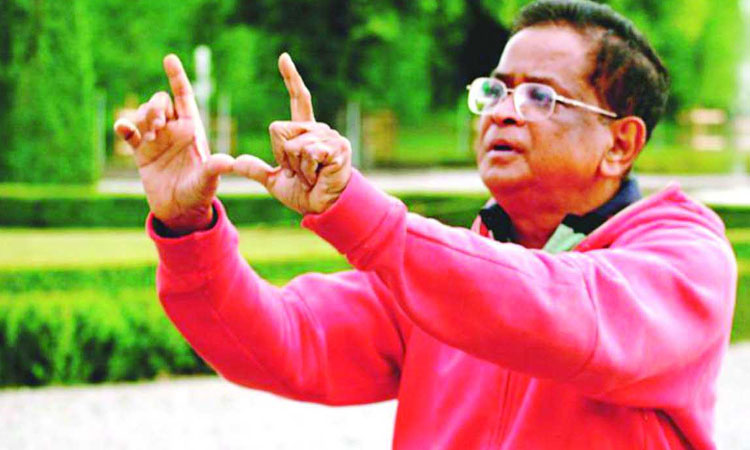 Marking the day in a befitting manner, different socio-cultural organisations have chalked out elaborate programmes across the country.

The programmes include offering ziarat at the writer’s graveyard, paying homage to the paramount writer at Nuhash Palli and holding milad and doa mahfil at Shaheed Smriti Bidyapith, established by the writer.

On the other hand, ‘Humayun Ahmed’s Nilpodder Chowa’ a commemorative programme will be aired on Banglavision at 12:05pm today.  Produced by Tarek Akand, Shaon Ahmed will anchor the programme.

Humayun Ahmed was a Bangladeshi writer, dramatist, screenwriter, and filmmaker. His breakthrough was his debut novel Nondito Noroke published in 1972.

He wrote over 200 fiction and non-fiction books, all of which were bestsellers in Bangladesh. Ahmed’s writing style is characterised as magical realism.

His books were the top sellers at the Ekushey Book Fair during the 1990s and 2000s. He won the Bangla Academy Award and the Ekushey Padak award for his contribution to Bengali literature.

In the early 1990s, Ahmed emerged as a filmmaker. He went on to make a total of eight films - each based on his own novels.

Ahmed was born in Kutubpur, Netrokona to Foyzur Rahman Ahmed and Ayesha Foyez on 13 November 1948.

During his childhood, Ahmed lived in Sylhet, Comilla, Chittagong, Dinajpur and Bogra, where his father was on official assignment.

He passed his Higher Secondary School Certificate (HSC) examination from Dhaka College in 1969.

Ahmed then attended the University of Dhaka and graduated with a Bachelor of Science in Chemistry and later with a Master of Science degree.

Ahmed married Gultekin Khan in 1976. Together they had three daughters, Nova, Shila and Bipasha, and one son, Nuhash.

Shila Ahmed went on to become a television and film actress. In 2003, Ahmed divorced Gultekin. He then married actress Meher Afroz Shaon in 2005. He had two sons from the second marriage, Nishad and Ninit.

Ahmed had open heart surgery at Mount Elizabeth Hospital in Singapore. A few years later, during a routine checkup, doctors found a cancerous tumor in his colon.

On September 14, 2011, he was flown to Memorial Sloan–Kettering Cancer Center in New York City for treatment. During his stay there, he wrote a novel, Deyal, based on the life of the first President of Bangladesh Sheikh Mujibur Rahman.

In January 2012, he was appointed as a senior special adviser of the Bangladesh Mission to the United Nations.