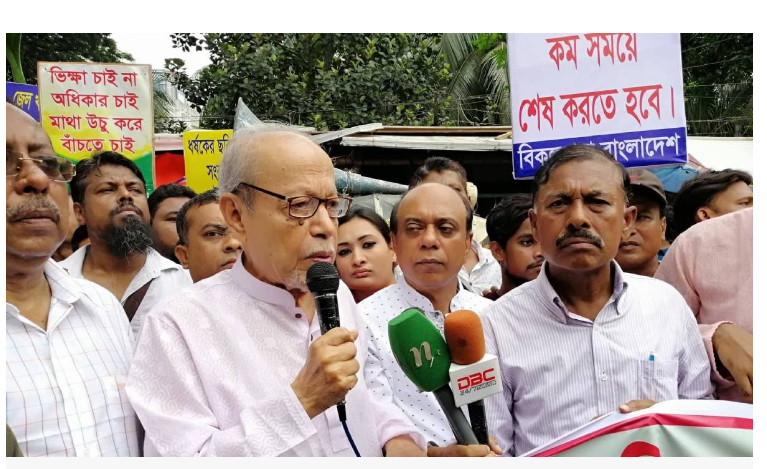 President of Bikalpa Dhara Bangladesh (BDB) AQM Badruddoza Chowdhury on Thursday demanded amendment to the existing Women and Children Repression Prevention Act for incorporating ‘imprisonment until death’ as a provision of punishment for the rapists of under 12-year-old children.

“Though our current Women and Children Repression Prevention Act is a very tough law, the rate of repression on women and children is growing alarmingly for lack of its execution,” he said.

Speaking at a human-chain programme, the BDB chief further said, “The government must consider making a provision of jail unto death for those who will be convicted for raping under 12-year-old children.”

B Chowdhury, also a former president, said the country’s image is badly getting dented across the world for the scary rise in the incidents of rape and repression on children and women.

He also urged the President to make a commitment that he will not give clemency to those involved in rape.

BBD arranged the programme in front of the Jatiya Press Club demanding the proper execution of the Women and Children Repression Prevention Act.

B Chowdhury urged the media to prominently highlight the photos and identities of rapists.

Besides, he said, steps will have to be taken for disposing of trials and appeals regarding rape case within the shortest possible time.

The BDB chief said restriction can be imposed on showing the rape scene on television, films on social media.

He also said rapists can be declared disqualified for any public and private jobs in a bid to root out the menace from society.  “Especially, the entry of rapists to any school, college, madrasa and university should be restricted.”

B Chowdhury urged the law enforcers to remain aware further about the execution of law and prevention of the incidents of rape and repression on women and children. “The number of female members should be increased in the law enforcement agencies, and they should be properly trained and empowered.”

He also underscored the need for conducting vigorous camping against rape through the print, electronic and social media.