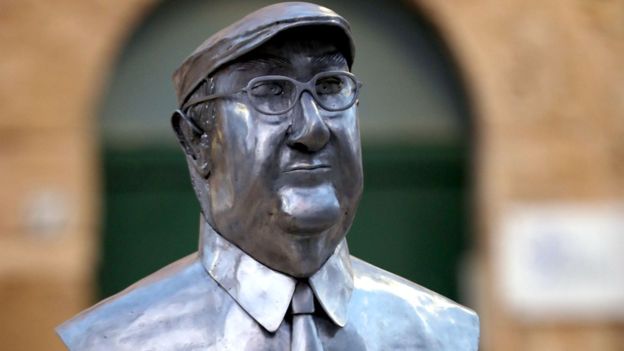 One of Italy's best-loved writers, he had been admitted to a hospital in Rome last month after a cardiac arrest.

The crime writer was best-known for his detective books starring inspector Salvo Montalbano based in the fictional Sicilian town of Vigàta.

The adapted Rai TV series was loved in Italy and became popular in the UK, US, France, Spain, Germany and Australia.

Camilleri lost his sight in recent years but said in 2017 it had allowed him to picture things more clearly.

"I am blind, but losing my sight made all my other senses come back to life," he said. "They have come to the rescue. My memory has improved, and I remember more things than before with great lucidity, and I still write."

He turned violence into humour

Together, over a period of 25 years, they transformed a grim landscape of mobsters and mafia violence to a light-hearted, humorous, food-focused near-paradise of an imaginary town called Vigàta.

No other mystery plots have narrated the Sicilian "gioia di vivere" (joy of life) so effectively and with such a colourful protagonist: a detective whose days involve morning swims, spaghetti with clams and an onslaught of hilarious malapropisms from an illiterate receptionist at the local police station. 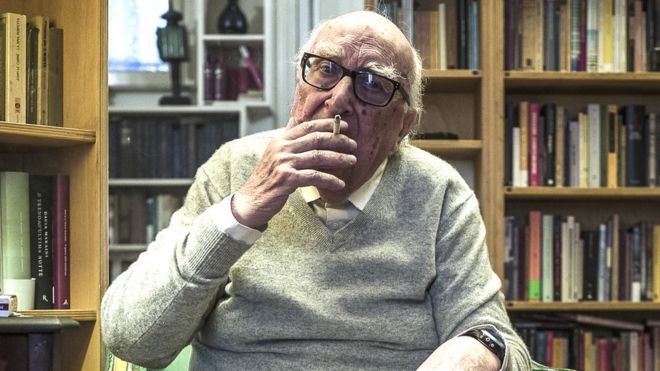 Where else can you find a coroner with a secret passion for cannoli, the cream-filled tubes of Italian pastry.

"He should have been put forward for the Nobel prize," she said, adding that he was "a man of great intellect, of immense culture and strong and unwavering left-wing principles that, if anything, grew over the years".

"His passion for justice and support of those less fortunate, be they poor Italians or refugees or boatmen coming from Africa, never wavered."

How Camilleri wove fact into fiction

Camilleri wrote more than 100 books. His stories were fiction, but influenced by current affairs or the result of hours of scouring the archives.

The Montalbano novels, each of them published in a 180-page format - 18 chapters of 10 pages - have achieved worldwide sales of 25 million and have been translated into 120 languages.

His most recent, Alcyon's Cook, was published in May in Italy and quickly became a bestseller.

Camilleri's final book in the series, entitled Riccardino and written in 2006, remains with his publisher, locked in a cabinet in Palermo under agreement that it be printed at a later date.