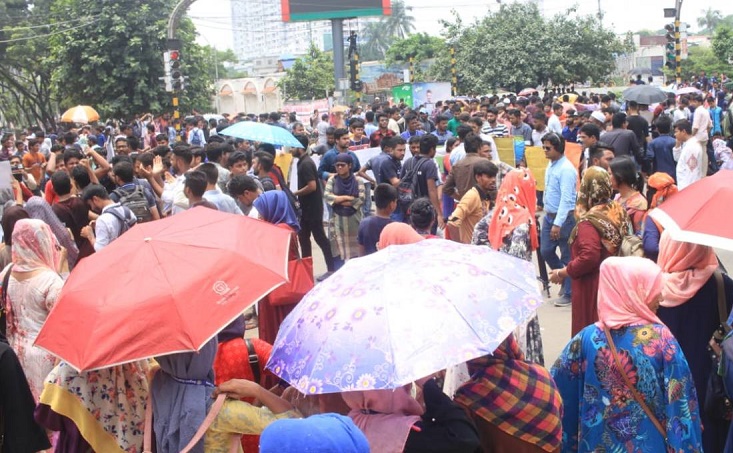 A group of students of Dhaka University blocked the key Shahbagh intersection on Wednesday to press home their four-point demand including an end to the university’s affiliation with seven colleges.

The other three demands are: publishing all the academic result within two months; bringing the administrative, academic activities to an automation system; and controlling external vehicles and fixing rickshaw rent inside the university.

Mostakim Ahmed, one of leaders of the demonstrators, said they are demanding ending the affiliation as DU “does not have the capability to bear the burden of seven colleges”.

About 300 students, under the banner of general students, took to the street around noon, halting vehicular movement on the busy road.

Traffic movement from New Market to Matshya Bhaban and Shahbagh to Farmgate remained suspended due to the blockade, causing immense sufferings to the commuters.

The DU students demanded the authorities to accede to their four-point demand that include publishing results within two months of the exam, and banning mass-transport on the campus.