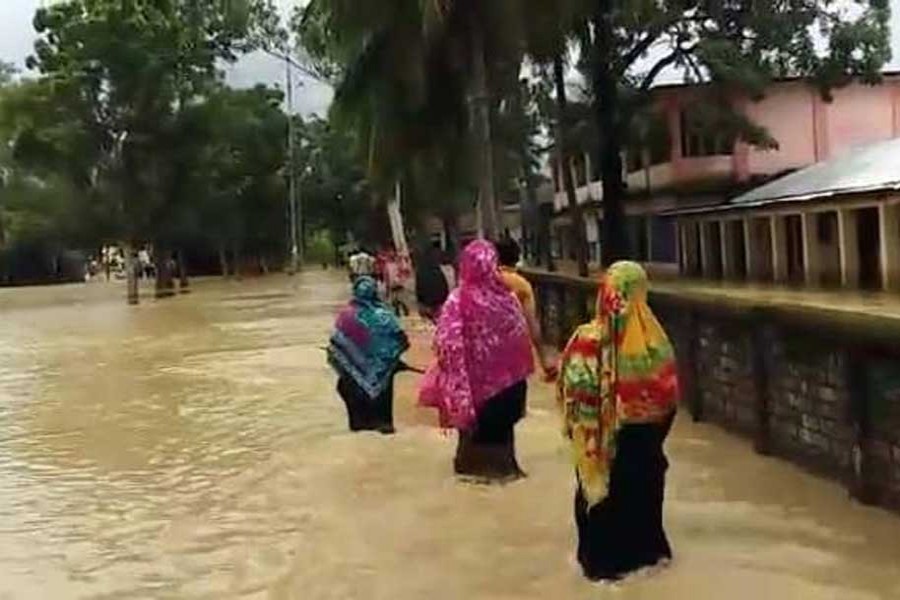 Sixteen spillways of the Kaptai dam were opened on Tuesday night to reduce the pressure of water on the lake.

The spillways are releasing 9,000 cusec of water. Currently, 167 megawatts of electricity is being produced, he said.

Kaptai dam’s capacity is 109 SML but the authorities concerned decided to release water as it reached 106 SML, Zaher said.

The current water level in the lake is 14 feet above that of the normal level, he said.

Incessant rain and heavy inflow of water from the upstream pushed up the lake’s water level, inundating low-lying areas of four upazilas of the district.

Water from the flood-affected areas has started receding after the spillways were opened.