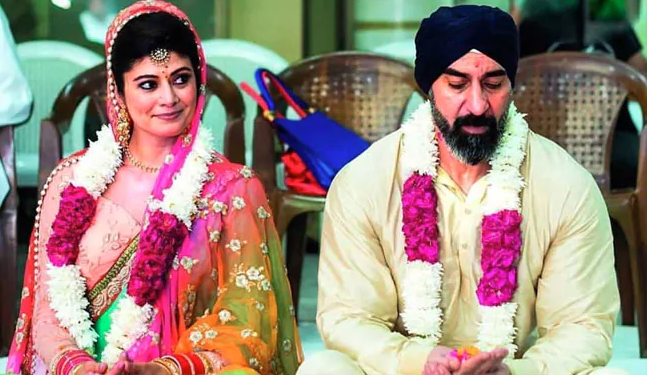 Pooja Batra looked stunning as a bride. She ditched conventional red outfit for her wedding day and opted for a parrot green saree and completed her look by adding a dual-toned red and pink dupatta. She accentuated her look with a simple gold jewelry. Nawab complemented her in a cream kurta pajama set and wore a black turban along with it. 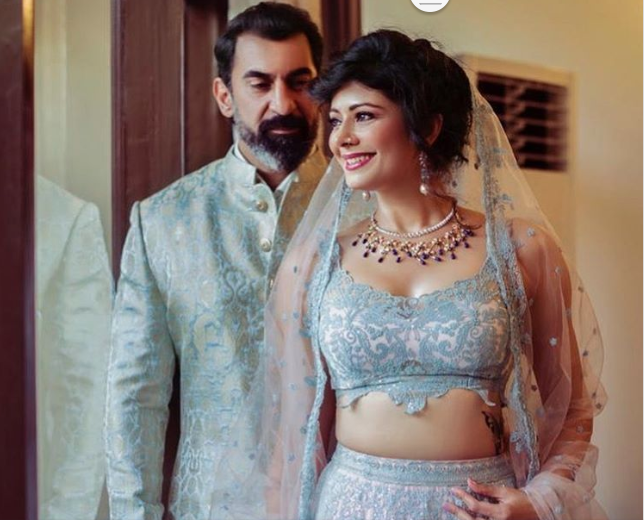 Pooja opened up about and her and Nawab's wedding in an interview with Bombay Times on Monday. She said, "Yes, we are married. Nawab and I exchanged vows in Delhi, with only our families in attendance. Our loved ones kept asking us why we were delaying it (the marriage). I was simply going with the flow, but then I realised that he is the man I want to spend the rest of my life with, and there is no point in delaying it any further. So, here we are. We had an Arya Samaj wedding, and we will register our marriage this week." 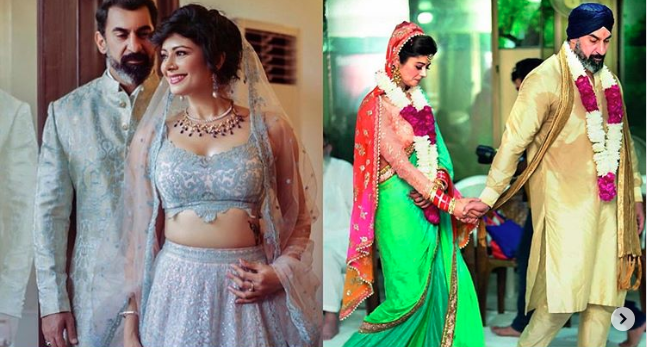 Pooja Batra stepped into Bollywood with the 1997 film Vishwavidhaata. She has been a part of films such as Virasat, Bhai, Kahin Pyaar Na Ho Jaaye, Jodi No 1 and Nayak among others while Nawab Shah has featured in films such as Lakshya, Don 2, Bhaag Milkha Bhaag and Dilwale.