Mithila, Sajjad team up for a drama for the first time 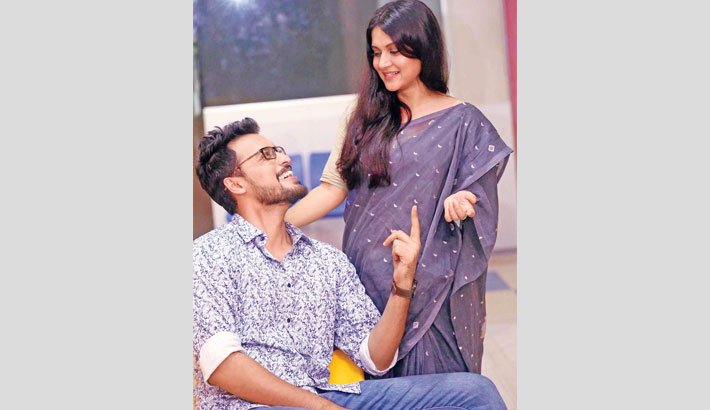 Rafiath Rashid Mithila has made her name in the entertainment industry, both as an actress and a model. On the other hand, model and actor Irfan Sajjad has become a household name in the arena of media in recent years, and has been greatly appreciated by the audience for his works.

Both the artistes were previously seen in a television commercial. Now, they will be seen sharing screen space in a tele-drama titled ‘Choto Pakhi’.

Written and directed by Gautam Koiri, the shooting of the drama has already been   completed at different shooting locations in the capital recently. The drama has been produced by Shahriar Shakil, owner of Alpha-I Media Productions Ltd.

Talking about Choto Pakhi director Koiri said, “The drama revolves around the story of a small family. Mithila and Sajjad will be portrayed husband and wife’s characters. In the drama I have tried to bring the family crisis those we face in our regular life.”

Sajjad has worked with Koiri before this project while this is Mithila’s first project with him. Mithila said, “This is the first time I have worked with Koiri as well as Sajjad in a drama. They both are very talented. We spent a wonderful time while shooting. I hope that the audience will like the drama very much.”

On the other hand, Sajjad said, “I’m very happy that I have got the opportunity to work with such a talented artiste like Mithila. She’s extremely dedicated and does justice to the characters she plays. We have worked in friendly environment.”

The drama Choto Pakhi will be aired on NTV on the occasion of upcoming Eid-ul-Azha.