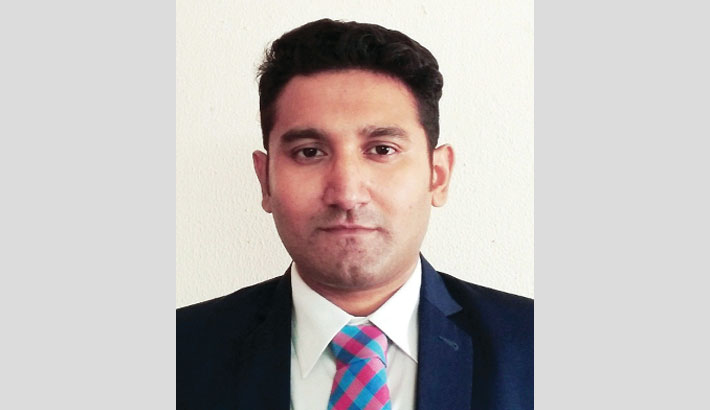 None other than the Kiwis could have handled so courteously this most preposterous defeat in the most engrossing final this tournament has ever experienced. The Liverpool anthem ‘You'll Never Walk Alone’ goes, “At the end of the storm there's a golden sky” and Ben Stokes surely felt the light shine over him as the damning clouds that had gathered over Lord's escaped with England crowned Champions of the world for the first time.

It feels astounding; it feels unbelievable and you have got to watch the highlights over and over, but they have managed to win the World Cup at last.

The match had been tense all through. For the lack of a better cliché, you could cut with a knife. But in the final stage it had more twists than a M. Night Shyamalan thriller. England needed 15 runs to win from the last over, which was bowled by Trent Boult. Ben Stokes was on strike with two wickets remaining.

Two dots from first two balls. Stokes won’t run; the crowd, for the most part, cries in agony. Stokes smashes the next ball from wide off over midwicket for six. Nine from three needed.

Stokes yanked again. Won’t go for four, surely. Martin Guptill pounced and hurled it back to the wicketkeeper’s end to which Stokes was scampering to complete a second run. He dived for his life; the ball struck his bat and ricocheted towards the boundary. No Kiwi could hold it back.

This was Stokes’ day.

But the moment the ball had crossed the rope the umpires had no other scope but to signal that six runs had been scored. Two were ran in plus the four overthrows. Three from two now. Stokes slapped the next to long on and Adil Rashid was run out at the bowler’s end. Sacrifices are to be made for glory. Two runs required from the final ball of the tournament. Or was it?

This time Stokes knowingly dabbed it to long on hoping that they could steal two runs. A bullet came in from Jimmy Neesham and Mark Wood was nowhere to be wanting.

Match tied. Super over. And this is the final of the World Cup.

Stokes in again along with Jos Buttler. No force in the world could stop Ben Stokes from coming out.

Boult with the ball again. Stokes and Buttler the marauder belter 15 runs.

What a turn of events. Who could write this?

Now New Zealand, on the cusp of triumph minutes back, required 16 to claim the World Cup. Entered Neesham and Guptill. Jofra Archer the youngster was bestowed with the mammoth responsibility of curtailing the Kiwis. Wide first ball. It's got to him. Neesham senses it and heaves the next for a massive six; then a miss fielding from young Jason Roy. It’s his first World Cup. Three from two; then two from one.

The screen reads if the match was tied England would win given that they had scored more boundaries in the match. Guptill hit to midwicket. Jason Roy throws wide but Buttler grabs it for dear life and plunges for the stumps with Guptill nowhere near. This was not Guptill’s day or tournament.

England rejoice in relief, but no sound cricket enthusiast could proclaim that New Zealand merited to lose. At the end of this whirlwind, gob smacking hour they came out with as much acclaim as England, possibly more, since what culminated had been so unforgiving.

All through, New Zealand had been at their grinding best in what felt  ordained to be a twisting belter of a classic that for sure spellbound all who witnessed the match, whatever their age or gender. Here they had to defend a paltry 241.

They squared England down to 86 for four in the 22nd over. Then started a partnership to be talked about for ages. Stokes took control of proceedings Steve Waugh like alongside Buttler. Buttler rotated strike at a run a ball, quicker than anyone else on the day. Stokes, on the other end, anchored England.

They added 110 and it felt like England would win almost convincingly, but the Black Caps were not to be pushed over. Remember when nobody gave them a chance against India?

New Zealand were favourites by the start of the 49th over.

Ideally they would have wanted a bigger total to fight with but hours before England had been hungry and precise in the field with Chris Woakes and Archer on point from the beginning, making the best of a green top and overcast conditions.

England win a World Cup and for once the nation really was watching.

Guptill was found wanting throughout the tournament. A couple of shots and he perished. Then Kane Williamson was finding it difficult to say the least. He could master just two runs from the first 22 deliveries he had faced.

Anyway the pressure was ultimately eased by Henry Nicholls and Williamson. The slips were taken off and Adil Rashid was brought in as the Kiwis clinically went about their business, crossing 100 in the 22nd over.

Soon Liam Plunkett got Williamson caught behind and Nicholls jammed one in to his stumps for a resourceful 55.

Boundaries dried up, but no one could envisage the importance of this.

Ross Taylor lbw-ed to Wood and at the culmination of their innings New Zealand was tied down bar some eye-catching strokes from Tom Latham.

Matty Henry toyed with Jason Roy before finding his edge.

Entered Joe Root, most often the most calming of sights, but not today. Today he would lose grip, Root of all people. He heaved against Colin de Grandhomme and missed. The next ball was wider and Root tried to hit it hard, always a bad sign.

This silenced the crowd, and it’s not often that the boisterous, rambling Barmy Army is allowed in the collar tight, tied and class heavy Lord's.

Not long after, Jonny Bairstow was bowled off the inside edge by Lockie Ferguson, who was to create more magic. Eoin Morgan flayed outside the off stump; the ball hyper bowled towards deep point, where Ferguson dashed in like a mountain lion before diving front on to hold quite possibly the catch of the tournament. It seemed destined for New Zealand.

But it wasn’t a day for superstitions. It was just the start of a frenzied, perplexing finale. What a match! What a final!!

The writer is a columnist. He can be reached at: [email protected]