Gauri Khan takes son AbRam to church, poses with him after Sunday mass 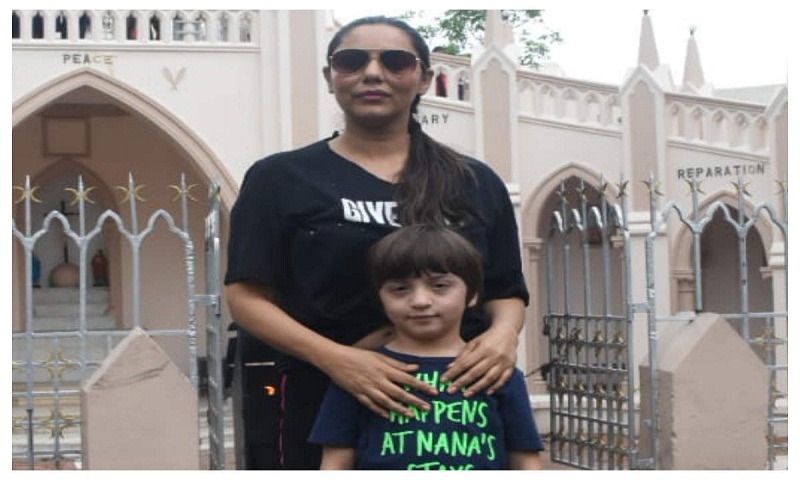 Shah Rukh Khan is often spotted with his son Abram. However, it seems it was his wife Gauri Khan turn to be publicly spotted spending quality time with the kid this weekend.

The interior designer was spotted with her son attending Sunday mass at a church in Mumbai. They were photographed outside the Mount Mary Church in Bandra. The photographs and a video that a celebrity photographer shared on Instagram page went viral in no time.

AbRam looked relaxed in a blue printed T-Shirt with the slogan: “What happens at Nana’s stays at Nana’s”. He teamed with shorts. Gauri also opted for casual vibes, sporting a black tee and capris. She had her hair tied back into a pony, and completed the look with sunglasses. After the mass, the mother-son duo also posed for photographs outside the church.

AbRam is already a social media superstar, with a big fan base. Each of his outings are invariably captured by press photographers, and they go viral in no time.