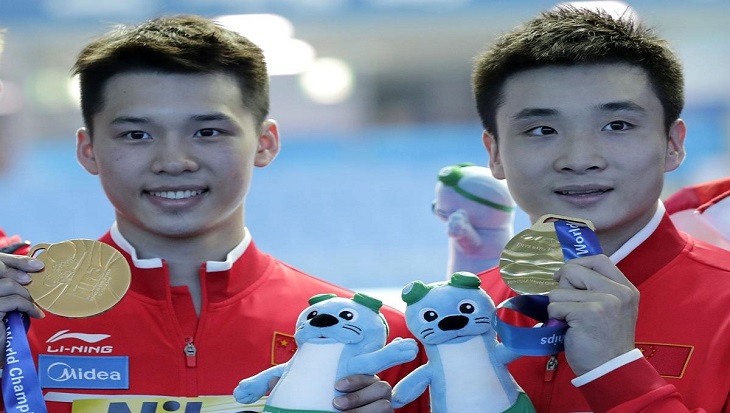 China took its overall tally at these swimming world championships to seven golds in the diving events as Wang Han and Shi Tingmao finished first in the women's 3-meter springboard synchronized event.

Chen and Cao earned 486.93 points to beat silver medalists Aleksandr Bondar and Viktor Minibaev of Russia, who finished with 444.60. Tom Daley and Matty Lee of Britain took bronze with 425.91 points.

Chen, a double Olympic champion, has now won world championship gold in the event with three different partners. He won his first title with Lin Yue in 2015 and then teamed up with Yang Hao in 2017.

For Cao it was his second gold at Gwangju as he also won the men's 3-meter springboard synchro event on Saturday.

Earlier, Wang and Shi dived flawlessly to win the women's event with 342.00 points.