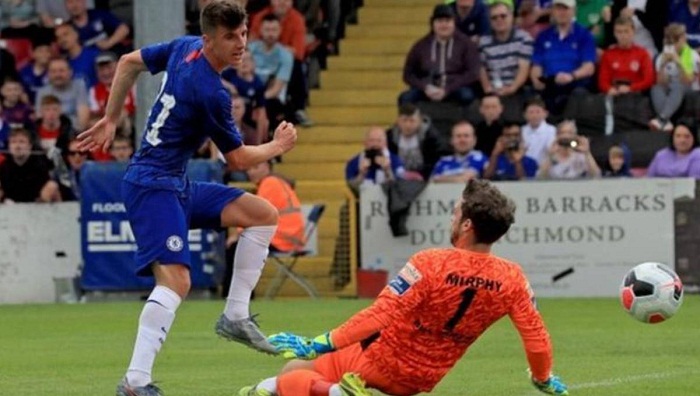 Frank Lampard won his first game as Chelsea manager as they beat St Patrick's Athletic 4-0 in a pre-season friendly in Dublin, reports BBC.

Mason Mount ran on to Mateo Kovacic's pass to open the scoring before Emerson Palmieri netted from outside the box.

The Blues drew 1-1 with Bohemians, another Dublin side, in Lampard's first game in charge on Wednesday.

Eric Molloy, who scored the equaliser for Bohemians, came on as a second-half substitute for St Patrick's Athletic, for whom he is on trial.

Lampard, who spent 13 years as a player at Chelsea, left Derby to replace Maurizio Sarri as Blues manager this month.