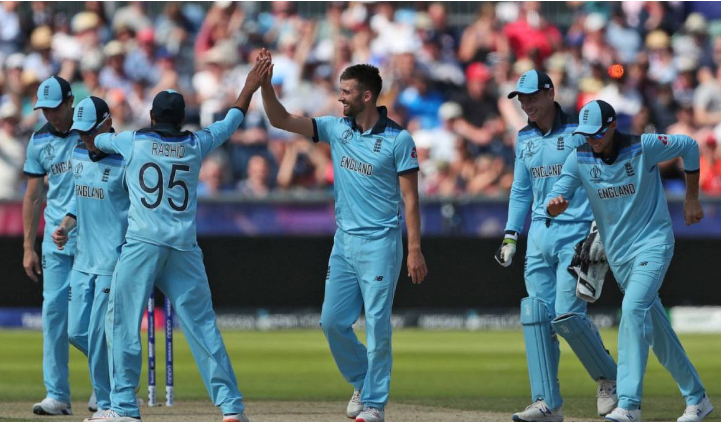 New Zealand and England have waited four years for this moment, for this life-changing shot at redemption.

For the Kiwis, the Cricket World Cup final at Lord's on Sunday is a chance to avenge their drubbing at the hands of Australia in the 2015 showpiece. It was their first World Cup final and they didn't do themselves justice in Melbourne.

"A little bit overawed," recalled batsman Ross Taylor, who will be one of five New Zealand survivors from that seven-wicket loss.

For the English, it's a very different opportunity for atonement from 2015, when a group-stage exit proved to be an all-time ODI low for the country that invented cricket. What has happened since — an overhaul of domestic white-ball cricket, a new team and mindset, and a rise to the top of the ODI rankings — has been both surprising and stunning to watch.

"They have been the benchmark in one-day cricket for a fair while now," Australia captain Aaron Finch said after his team's semifinal loss to England .

So, a new name — the sixth — will be etched on the World Cup trophy at the home of cricket after Australia, India, Pakistan, Sri Lanka and West Indies.

That it is New Zealand and England vying for the trophy is perhaps validation of the approach both countries have taken to the one-day game in recent years. Indeed, England captain Eoin Morgan has openly acknowledged that his team has copied the New Zealand model in this format, playing with fun and a smile on your face.

"Express yourself," Morgan tells his players.

England — in its fourth final, the first since 1992 — is the favorite, with potential match-winners everywhere.

There are the openers, Jason Roy and Jonny Bairstow, brimming with belief and strokeplay. They are on a run of four straight century partnerships and if they provide another such platform, England will be hard to stop.

And then there's the bowling department. Jofra Archer, fast-tracked into the team just before the World Cup following a change in residency rules, mixes sheer pace with accuracy (he has more dot balls, 338, than anyone this tournament) and has struck up a great new-ball partnership with allrounder Chris Woakes; Liam Plunkett and Mark Wood are solid first-change options; and legspinner Adil Rashid can be a partnership breaker in the middle over.

With openers Martin Guptill, Henry Nicholls and Colin Munro enduring a dismal World Cup, captain Kane Williamson has taken on most of the batting burden and stood up to the task. Understated, determined and simply brilliant, Williamson is averaging a tournament-high 91.33 and challenges Virat Kohli as probably the best batsman in the world, though Australia's Steve Smith and Root run them close.

Taylor, in next at No. 4, is New Zealand's other key batsman but it is the team's bowling attack that will strike most fear into the hearts of England fans who will dominate Lord's on Sunday.

Under cloudy skies offering movement in the air, there might not be a better asset than left-arm seam bowler Trent Boult, as he showed against India in the semifinals . He will enjoy using the slope from the Pavilion End. Fellow strike bowler Matt Henry is a danger at the top of the innings, not so much at the death, while Lockie Ferguson at first change is New Zealand's leading wicket-taker this tournament with 17.

If this World Cup is anything to go by, England's batters will look to bludgeon New Zealand out of the game if they bat first. The Blacks Caps, alternatively, would likely be satisfied putting 250 runs on the board and letting their bowlers and outstanding fielders defend it with their lives.

If the past six weeks is anything to go by, much will hinge on the toss (even if the team winning it has lost four of the last five World Cup finals).

Yet both teams have such self-belief that there's a sense little will faze them.

England is looking to complete the set of men's World Cup wins in the country's top team sports, after the footballers in 1966 and the rugby players in 2003. If England does win, the trophy will be lifted by an Irishman, Dublin-born Morgan, while there is a multi-cultural make-up to the side through Barbados-born Archer, South Africa-born Roy and both Rashid and Moeen Ali, with their Asian ancestry. There's also the formidable Stokes, born in Christchurch, New Zealand, no less.

A win Sunday would also complete the cricket double for England, with the women's team winning the World Cup in 2017.

A victory for Williamson's side would kick off what could be a memorable year for New Zealand, which is favorite to win the Rugby World Cup in Japan, starting in September.

Both teams have been in jeopardy this World Cup, with England playing knockout cricket for nearly three weeks after back-to-back group losses to Sri Lanka and Australia, and New Zealand squeezing through to the playoffs on net run-rate after defeats in their last three group matches.

Yet England is in a better place now, buoyed by successive wins over India, New Zealand, and then Australia in the semis. Every facet of the team is firing.

New Zealand, playing on the other side of the world from home, has it all to do.