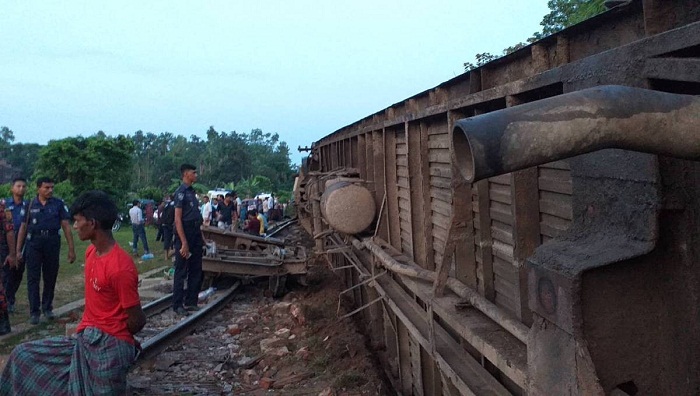 Lack of people’s awareness and poor maintenance of level-crossings and railway bridges by the authorities concerned contributed to the rise in railway accidents across the country that claimed 209 lives in six months, says a new report.

Shipping and Communication Reporters Forum (SCRF), a platform of journalists, prepared the report.

At least 209 people, including 47 women and 21 children, were killed and 146 others injured in 202 railway accidents between January 1 and June 30.

According to the report, 39 people, including 10 women and four children, lost their lives and eight others were injured in 39 accidents in January.

Forty-six accidents occurred in February alone, in which 43 people were killed and 22 others injured. Among the deceased, 10 were women and four were children.

In March, 38 people, including six women and four children, died and seven others were injured in 35 accidents.

At least four people were killed and two others injured when a train hit a covered van at a level-crossing near Feni Railway Station on March 21, the report said.

Twenty-three accidents took place in April killing 26 people and injuring six. Among the deceased, four were women and three were children.

Three people died after they fell off the roofs of running trains at Dhirasram Rail Station in Gazipur city on April 23 and April 24.

In May, 30 people, including eight women and three children, were killed and three others injured in 30 accidents.

Twenty-nine accidents took place in June, in which 33 people died and 100 others were injured. Among the deceased, nine were women and three were children.

Five people were killed and 67 people injured when six coaches of Dhaka-bound 'Upaban Express' from Sylhet veered off the tracks at Baramchal in Kulaura upazila in Moulavi Bazar district on June 23.

The SCRF identified five major reasons behind the rise in railway accidents, he said.

Eight of these ‘Dead Stops’ are in an 18-km stretch from Sylhet to Mogla Bazar and five in 164-km area from Mogla Bazar to Akhaura Bridge.

The authorities concerned have already issued ‘Dead Stop’ signs at rail bridges instructing trains to stop first before crossing it and then run at a speed of only five kilometres per hour, he added.