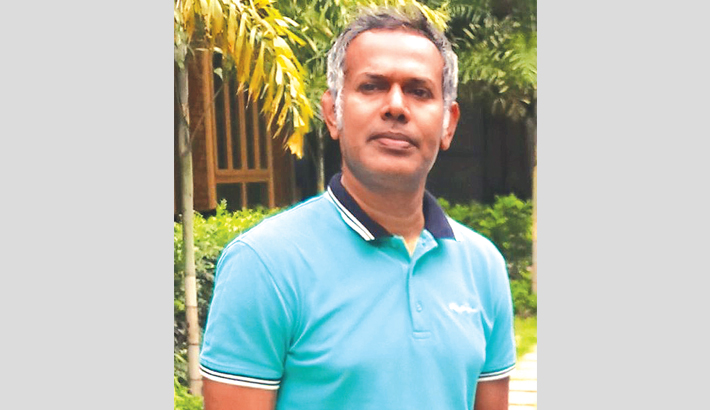 Even the heinous incident Professor Masud Mahmood, advisor to the department of English at University of Science and Technology Chittagong (USTC), faced last week couldn’t trigger our conscience and condemnation across the country. Very few university teachers’ associations officially expressed their condemnation and demanded exemplary punishment of the culprits.

On July 2, a retired professor of Chittagong University who has been teaching English Literature for the last forty years was dragged out of the USTC’s classroom and physically assaulted by some students. This is the consequence of an allegation raised against the professor a few months back. Although the allegation of his allegedly giving obnoxious (obscene) lecture in classroom was found false and baseless by the USTC probe committee, some students who were not allowed to sit for exams due to their absence in classes tried to take revenge by assaulting him mercilessly.

This is very alarming that a professor of English can’t freely deliver his lecture on Sigmund Freud’s psychoanalysis and discuss topics like male-female dialectic relationship, feminism, sexism/patriarchy/phallocentrism/phallus and other modern theories in Literature class. And this is perhaps one of the reasons why a student poured kerosene on him and attempted to set him on fire. This is very pathetic and exasperating that the entire teaching community (teachers from more than 140 universities) still keeps almost silent following this cruel violence. Unfortunately we did not see any serious protest against this brutal act at any university. It seems that silence is a new form of freedom of expression in the society.

Nowadays we, the nation, have become very active and vocal on social media. But does it mean that we are speaking freely and fearlessly to stand against injustice or wrongdoings we encounter/experience everyday in the society? Rather, we seem to have developed a dangerous habit of keeping silent and silencing others who want to voice their concern and stand against all social injustice and crimes – raping, killing, looting public money and so on – which have become an intolerable phenomenon in Bangladesh. And these incidents have blunted our emotions and senses.

Now we do not know how to react to the violence and protest against the brutal incidents happening almost every day. A couple of week’s back, a college student named Rifat Sharif was killed by Nayan Bond along with his accomplices in broad daylight at Barguna. There were few people who stood silent and witnessed the killing. Ultimately, our silence gives the perpetrators/criminals a sort of impunity. We have a long history of keeping silent and giving impunity to the killers/perpetrators.

This is our misfortune that we could not save the Father of the Nation - Bangabandhu Sheikh Mujibur Rahman - from being assassinated in August, 1975 although he was the pioneer to help liberate us from the West Pakistan’s misrule. We, the Bangladeshi people, kept silent after the killing of Bangabandhu – one of the greatest nationalist leaders of the world.  We also killed our four great leaders in jail in November, 1975. Since we got our independence prematurely, we did not try to perceive the inner meaning of freedom and nurture the spirit of liberation. This is very shocking that since the birth of an independent state, not a single national/constitutional institution or organisation could stand high with credibility, transparency, quality and accountability. We have got some key democratic organisations – the Public Service Commission (PSC), Election Commission (EC), Anti-Corruption Commission (ACC), National Human Rights Commission (NHRC), University Grants Commission (UGC) and Information Commission (IC) – which should have played a significant role in helping build the nation, but regrettably all the governments have failed to institutionalise and strengthen these organisations democratically.

As a nation we are independent but not responsible. We are mostly driven by superficial sentiments, not by reasons. Our politicians are influenced by corrupt sycophants, not by logic or conscience. We are guided by religious fallacy or political demagogue, not by critical thinking.

We build many big structures, but we do not know how to maintain them. For example, we made a big project named “Hatirjheel” in Dhaka, but we have failed to maintain this site due to lack of our civic responsibilities or commitment. We have also destroyed the rivers around the city; we have grabbed wet lands (water bodies) and open spaces (fields/parks) to construct high-rise buildings. This is why, Dhaka ranks top among the most polluted cities in the world. In addition, we are not at all concerned about the environment. We are destroying our world heritage, the Sundarbans. Knowingly we use formalin in food and make adulterated food items not thinking about public health. Our water is contaminated. But WASA, a public organisation, is silent and indifferent to people’s sufferings. We, the citizens, also hardly think about our health hazards. Eventually, we remain silent spectators!

Also, we have a very callous disregard for the feelings of others. We are not in the habit of following traffic rules. We are careless; we park our cars, motorbikes and other vehicles in the middle of the roads/thoroughfares blocking the public space. We are not decent because we drop litter in the streets and parks. We are insensitive to others’ rights; as a result, we keep piles of bricks, sacks of sand and other construction materials in the streets of residential areas. Besides, we have developed a bad habit of spitting and peeing in the streets, pavements and even inside the parks. We tend to ignore all political and social nuisances!

We are a suicidal nation because we do not know our basic rights which are guaranteed in the Constitution. We have a nonchalant attitude to the problems we come across because we fear raising our voice in a collective manner against any social injustice and crimes/violence – rape, killing, and other violent acts. We do not raise our voice against rampant corruption which earns Bangladesh bad name and discredit. We do not try to resist the ongoing dirty political culture which poses a big threat to institutionalising democracy and establishing good governance in the country. We are reactive, not proactive. We are indolent bystanders, not active workers. We have a sort of indifferent attitude towards the existing political culture which has gone authoritative and intolerant. We are also indifferent to bad governance and maladministration of many institutions which require massive qualitative reforms. And due to absence of the institutional vigilance and the citizen’s collective responsibility or commitment, we have seen some gross scams in financial/banking sector over the years. Last but not least, Bangladesh Bank cyber heist has been the worst case reported in the global financial arena.

However, we should not be oblivious of our rights, and historical struggle. We must be courageous enough to stand against any kind of social injustice or oppression. Since our democratic institutions remain vulnerable to extraneous pressure, we - the conscious citizens of the country - must be vocal and vigilant simultaneously. We must act proactively and responsibly to save our democratic institutions, universities and judicial system. We must uphold our constitutional rights because we are an independent nation. Let’s not turn a blind eye to everything and keep silent. Otherwise, we have to pay for our silence/nonchalance!

The writer is an Associate Professor and chair, Department of English, Stamford University Bangladesh. Email: