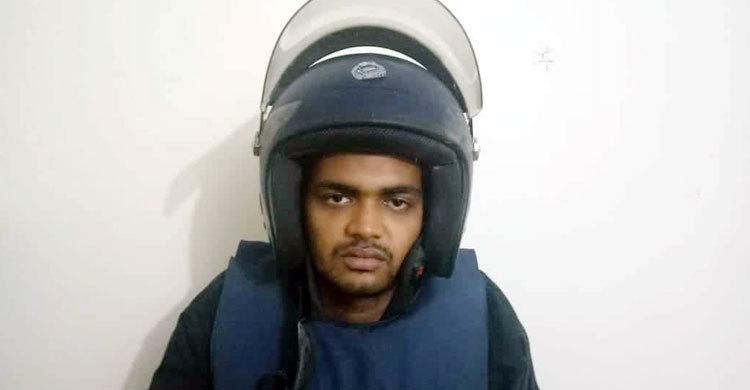 Police have arrested another accused in the Barguna Rifat Sharif murder case.

The arrested was identified as Rafiul Islam Rabbi, the sixth accused in the brutal killing case, son of Md Abul Kalam Azad, resident of Kewrabunia area of Barguna Sadar upazila.

Barguna Superintendent of Police Md Maruf Hossain revealed the information at a press conference held at his office on Thursday night.

He, however, refused to disclose the details of the arrest for the sake of investigation.

During the press briefing, Rabbi was also produced before the media.

On June 26, a group of miscreants hacked Rifat Sharif, 22, in broad daylight in front of the Barguna Government College in the district town.

A video clip of the murder, which took place in front of Rifat’s wife Ayesha Siddiqua Minni, quickly went viral and sparked mass outrage across the country.