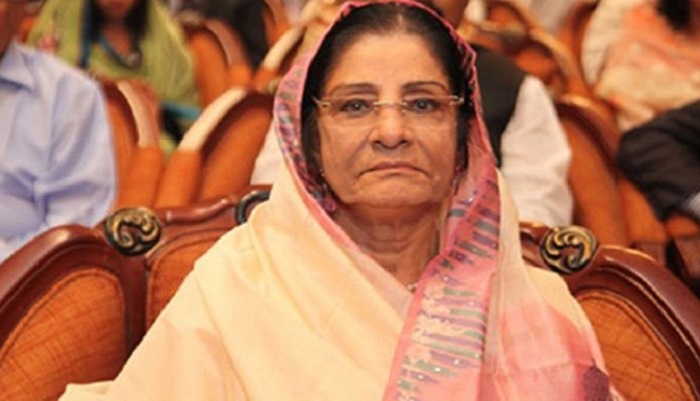 The opposition leader made this demand in her concluding speech on maiden budget session of the 11th parliament.

In her speech, Rowshan Ershad said she had not understood why the government took such anti-people decision. When India government cut gas price, gave Rs 100 subsidy in per cylinder LPG for household use, our government hiked gas price by 32.8pc.

People of the country are worried of this decision as they would face huge burden of additional expenditure in their living cost, there are many people who do not have the ability to buy gas at such a price, Rowshan Ershad added.

She urged the Prime Minister to take necessary step to relief people from this burden.

The opposition leader also requested the premier to extend her humanitarian support to the non-MPO teachers, who had been demonstrating to realise their demands, as they were not getting salaries.

At the same time Rowshan Ersad demanded 100 percent subsidy for the farmers to encouraging them.