Dhaka’s celebration of ‘OIC City of Tourism’ starts on Thursday 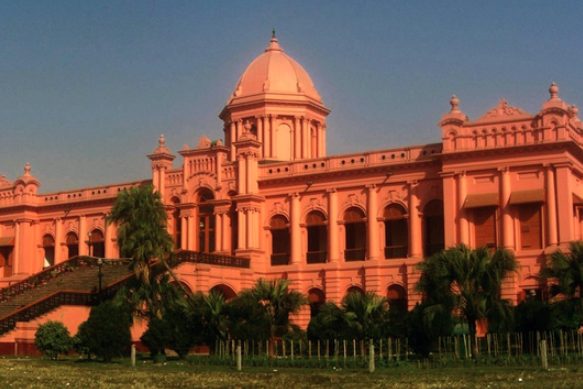 Bangladesh is set to officially celebrate its capital Dhaka’s achievement as “OIC City of Tourism 2019” from tomorrow aiming at showcasing rich Muslim heritage of more than 400-year old city before the global community, especially the Muslim tourists.

Dhaka was chosen as the “City of Tourism for 2019” by the tourism ministers of the OIC member states at the closing session of the 10th Islamic Conference of Tourism Ministers (ICTM) that was held last year here.

Musa will read out a statement of OIC secretary general Dr Yousef bin Ahmed Al-Othaimeen. To be presided over by State Minister for Civil Aviation and Tourism M Mahbub Ali, the celebration programme will also be addressed by Foreign Minister Dr AK Abdul Momen.

After the inaugural session, the Bangladesh Tourism Board (BTB) will arrange technical Dhaka city tours for the OIC member state representatives in the afternoon. The OIC delegation will visit nearly 500-year old Panam City in Narayanganj on Friday.

The BTB under Civil Aviation and Tourism Ministry will arrange concert, laser show and fireworks at Hatir Jheel on Friday night as part of its celebration programme.

The board will also host cultural functions as well as welcome and farewell dinners for the foreign guests on Thursday and Friday night.

“We will showcase Dhaka’s rich cultural and Muslim heritage, especially the archaeology, in front of the OIC member state representatives for encouraging them to promote our tourism in their respective countries,” Civil Aviation and Tourism Secretary M Mohibul Haque told BSS today.

The secretary hoped that the OIC reorganization of Dhaka as a habitat of Muslim heritage will create huge interest about Bangladesh among the Muslim and other tourists across the globe.

Noting that currently Bangladesh is the current chair of ICTM, he said the OIC understands that Bangladesh has huge potential in tourism sector and encouraged Bangladesh to discuss ways of cooperation among the member states.

“This celebration will be a wonderful platform to create a closer interaction and cooperation among the OIC member states and the related stakeholders involved in tourism industries,” Bangladesh Tourism Board CEO Dr Bhubon Chandra Biswas said.

He said the celebration will focus Dhaka as the unparallel city of history, heritage and culture among the OIC member countries. “It will also tighten the bond and extend the areas of cooperation in relation to development of tourism among the member states,” he said.

After the deceleration of Dhaka as the City of Tourism, Bangladesh had sent project proposals to OIC headquarters through the foreign ministry seeking support for conservation and development of Islamic heritage in Bangladesh as well as capacity build up of Islamic University of Technology (IUT) in Gazipur for creating skilled human resources for the travel and hospitality sector.

“Our proposals will be discussed at the 11th Islamic Conference of Tourism Ministers (ICTM) to be held in 2020 at Azerbaijan,” the BTB chief said.

Dhaka achieved the award defeating four other cities of OIC member countries and its closest contestant Gabala of Azerbaijan was made the City of Tourism for 2020 in the 10th ICTM last year, he said.

With a market potential of more than 50 Muslim countries and no less than 1.6 billion Muslims, tremendous opportunities await those who are willing to meet the demands for Muslim-friendly tourism products and services.