US jobs growth surges, wages not so much 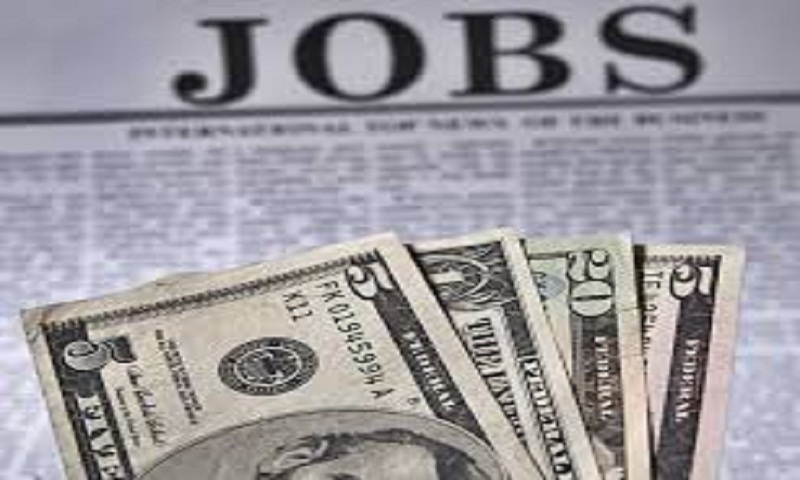 US job growth rebounded strongly in June, but moderate wage gains and mounting evidence that the economy was slowing sharply could still encourage the Federal Reserve to cut interest rates this month.

The Labor Department's closely-watched employment report on Friday suggested May's sharp slowdown in hiring was probably a fluke. Lack of concrete progress in resolving an acrimonious trade war between the US and China, however, means the bar could be very high for the Federal Reserve not to lower borrowing costs at its July 30-31 policy meeting.

Nonfarm payrolls increased by 224,000 jobs last month, the most in five months, the government said. The economy created 11,000 fewer jobs in April and May than previously reported. Economists polled by Reuters had forecast payrolls rising 160,000 jobs in June.

Job growth averaged 172,000 per month in the first half. Hiring has cooled from an average of 223,000 jobs per month in 2018. The pace, however, remains well above the roughly 100,000 needed to keep up with growth in the working age population.

The trend in wage growth has slowed from late last year when wages were rising at their fastest rate in a decade, pointing to moderate inflation. Average hourly earnings rose 6¢ or 0.2 per cent after gaining 0.3 per cent in May. That kept the annual increase in wages at 3.1 per cent for a second straight month.

The unemployment rate rose one-tenth of a percentage point to 3.7 per cent as people entered the labour market. A broader measure of unemployment, which includes people who want to work but have given up searching and those working part-time because they cannot find full-time employment, rose to 7.2 per cent in June from 7.1 per cent in May.

Job growth has slowed in part as employers struggle to find qualified workers. There are about 7.4 million job openings.

Hiring picked up nearly across all sectors in June, though retail payrolls contracted for a fifth straight month.

Manufacturing payrolls increased by 17,000 jobs after rising by 3,000 in May. The surge in hiring is despite the sector struggling with an inventory bulge, concentrated in the automotive industry, trade tensions, design troubles at planemaker Boeing and slowing global growth.

Construction employment rose by 21,000 jobs last month after gaining 5,000 in May. Government payrolls rebounded by 33,000 after shedding 11,000 jobs in May. The average workweek was unchanged at 34.4 hours in June for a third straight month.