Injured dog runs into pharmacy to seek help, waits patiently while being treated 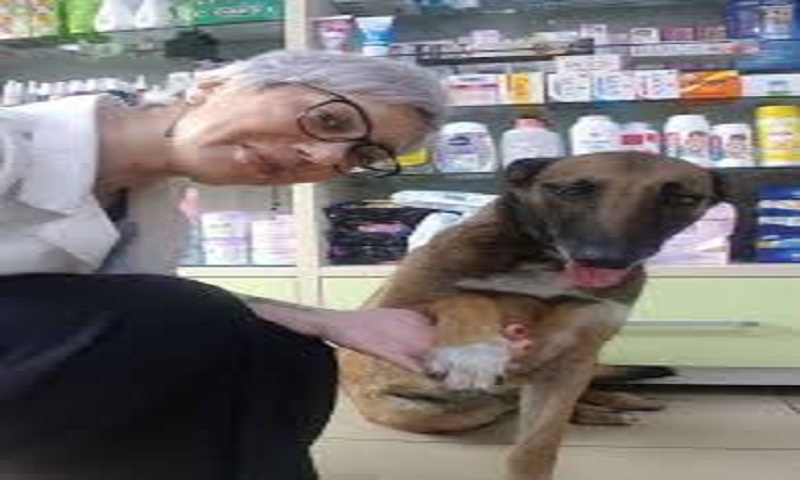 Ask a dog lover and they’ll tell you what a great thing social media is bringing people so many adorable and heartwarming videos of pooches doing their cutesy things. Just this month, a video of a dog saving a little girl from falling into water made the rounds on the Internet and quickly went viral. It was followed by another video of a semi-paralysed dog playing fetch inspiring many to live their best lives. And now, another video of a dog has struck a chord with netizens. The video shows an injured dog running into a pharmacy and seeking help for its wounded paw.

The incident was recorded on CCTV cameras at a pharmacy in Istanbul. Several clips of the dog have made their way online, one of which was also shared by the pharmacist who treated the stray.

According to The Dodo, Turkey-based pharmacist Banu Cengiz noticed the pooch looking at her expectantly. Wondering if something was wrong, she let the dog in. Turns out, the pooch had injured its paw.

In following tweets, Cengiz added that she also fed the pupper and let it rest inside the pharmacy.

The heartening clip has managed to move many on Twitter and collected millions on views.

“Unbelievable!” comments one Twitter user. “Hooman got magic wound healer,” posts another. “This filled my heart with love. There are some really wonderfully compassionate people out there and some very special doggos too,” says a third. “Why can’t world be like this, lovely and beautiful, compassion for everyone,” adds yet another.