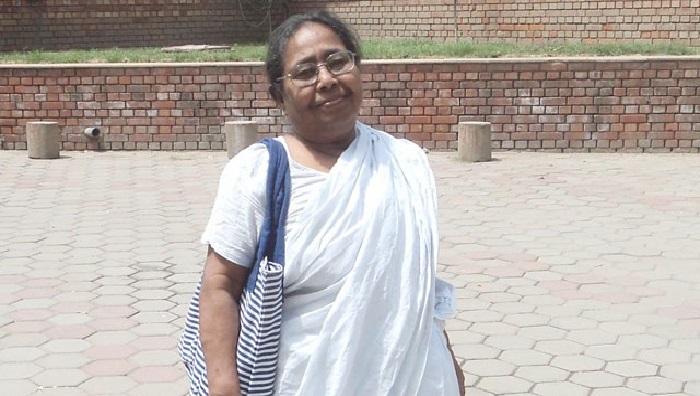 The body of Social activist and Gandhi Ashram Trust Secretary Jharna Dhara Chowdhury, who breathed her last on Thursday, was donated to the BSMMU authorities for the sake of medical researches.

The hand-over ceremony was held at 9:00am at the hospital.

Relatives and family members of Jharna Dhara Chowdhury were present during the ceremony.

BSMMU Vice Chancellor paid tribune tribute to the memory of Jharna Dhara Chowdhury placing a bouquet of flowers to her coffin.

Prof Kanak Kanti Barua said, “Jharna Dhara Chowdhury has dedicated her whole life for the betterment of mass people. We, the students and teachers of the BSMMU, can use her body for research purposes. It will contribute to humanity’s sake. As a result, we are grateful to her.”

She worked for Gandhi Ashram Trust since her childhood and it is said that due to her endeavour, the Trust flourished to work for the needy of the region.

The Gandhi Ashram Trust is a philanthropic and development organisation working in Noakhali since 1946 with Gandhian philosophy of rural development.

The Ekushey Padak winner social activist received the prestigious Padma Shri award of Indian government and Rokeya Padak in 2013, Gandhi Seva Puraskar in 2010 as well as Jamnalal Bajaj Award in 1998.