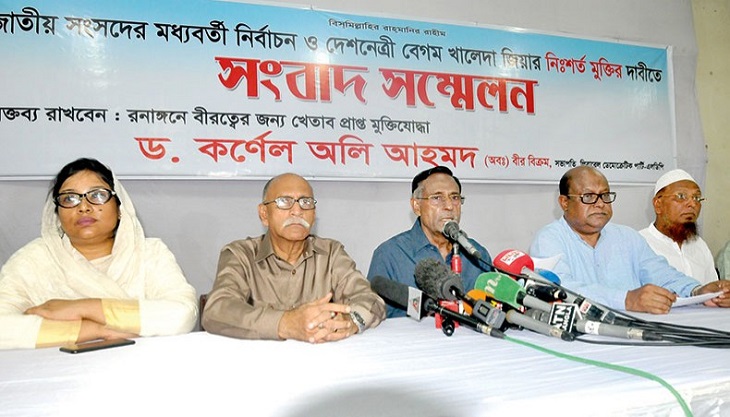 "We welcome any initiative for the restoration of democracy and ensuring the release of our chairperson Khaleda Zia," said BNP Secretary General Mirza Fakhrul Islam Alamgir.

He came up with the remark after placing a wreath at party found Ziaur Rahman's grave. He was accompanied by recently-elected Bogura-6 parliamentarian GM Siraj.

"The incident has exposed the government's utter failure to maintain law and order," the BNP leader said, claiming that crimes are on the rise as the government politicised all institutions, including the law enforcement agencies.

When he was asked about Awami League leader Mohammed Nasim's remark that Dr Kamal Hossain worked for the ruling party in the last general election, Fakhrul declined to comment.

"It's a political rhetoric," he said. "I don't want to make any comment."