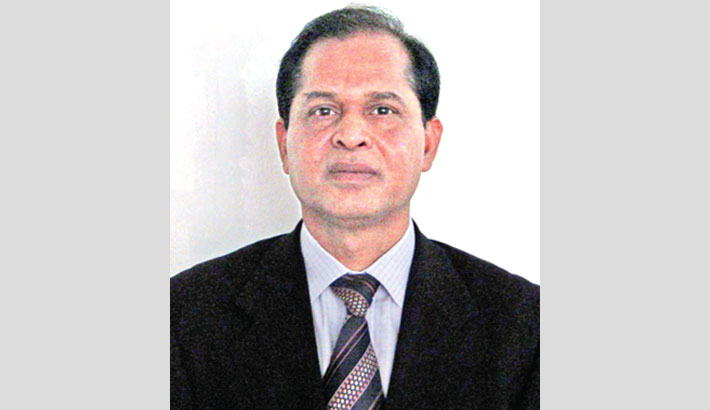 A few days ago, while talking to the media people after returning home from her visits to Japan, Saudi Arabia and Finland, Hon’ble Prime Minister Sheikh Hasina indicated that she might pay a visit to China in the first week of July. In addition to various issues of bilateral relations between the two countries, it is expected that the meeting will discuss international issues of mutual interest especially the Rohingya crisis. At that time, the Prime Minister of Bangladesh would request Chinese President Xi Jinping to play an effective role in repatriating Myanmar’s citizens staying in Bangladesh. We know that almost all countries of the world have stood beside Bangladesh on the Rohingya issue, but due to the lack of China's support, the Rohingyas could not be repatriated to their homeland. In the context of the prevailing situation, Sheikh Hasina’s forthcoming China visit is very significant. We sincerely thank the Hon’ble Prime Minister for taking this long deserved decision.

We know that more than a million Rohingya Muslims had to enter Bangladesh following an unwanted incident in October 2016 to save their lives. In fact, the Rohingyas in Rakhine were tortured, murdered, raped and their houses were burnt by the Myanmar army with the collaboration of some local extremist Buddhists. Although it was difficult for Bangladesh to provide shelter to so many people, we could not be inhuman to these Rohingyas. Sheikh Hasina, the Mother of Humanity, had not thrown the Rohingyas into death in spite of having thousands of problems and limitations; she had welcomed them and arranged shelter for them. It is true that the world conscience, except a few countries, did not remain silent regarding Myanmar's atrocities. The regional organisations, including the United Nations, extended their hands of assistance and sympathy; they have raised their voice against the Myanmar government on Rohingya crisis. But the reality is that the Rohingyas have not found any chance to return to their own land, they are still in the shelterhouses in Bangladesh. If Myanmar is not sincere to take back its nationals, we cannot force the Rohingyas to leave Bangladesh.

Besides the Rohingyas who came earlier, these Rohingyas have been in Bangladesh for more than two years. There have been many discussions about the Rohingya crisis. Leaders of different countries, especially the Foreign Ministers, have visited Bangladesh and have seen themselves the condition of the Rohingyas. In this context, we can recall the visit and the report of the Anan Commission; Indonesian Foreign Minister’s visits to Myanmar and Bangladesh twice; ten-point declaration of the OIC Foreign Ministers’ meeting in Malaysian capital Kuala Lumpur; the visit of the UNHCR Chief to Myanmar, Thailand and Bangladesh; activities of the Bangladesh National Task Force on the Rohingya issue; various steps taken by the United Nations, especially the Security Council; activities of various organisations of the United Nations; Aung San Suu Kyi's promise at the ASEAN Summit held in Manila regarding taking back Rohingyas; activities of the D-8 and OIC; attitudes and plans of the United States, the United Kingdom, Turkey, Malaysia and other countries. There are more to say, there is no end of such initiatives on the Rohingya crisis. But, the situation remains the same. There is no such substantive or visible development on the Rohingya issue, particularly for their safe repatriation. Even the Rohingyas do not know whether they will, one day, be able to return to their own land.

We know, Prime Minister Sheikh Hasina had presented a set of proposals at the 73rd General Assembly of the United Nations to overcome the Rohingya crisis. Besides, she has strongly been raising this issue in all her international, regional and bilateral meetings and discussions. Though the Memorandum of Understanding on the repatriation of Rohingyas was signed between Bangladesh and Myanmar in November 2017, the decision to start the repatriation process in mid-November of 2018 was taken at the Joint Working Group (JWG) meeting of October that year. However, the repatriation process could not begin once the question of safety of Rohingyas in Myanmar was raised by the UN agencies. Till date, the repatriation process remains stagnant.

Many countries and organisations have termed the atrocities of the Myanmar’s army on the Rohingyas as 'ethnic cleansing' or 'genocide'. Even a week ago, the repression on Rohingyas has been described as 'genocide' by the US House of Representatives (Lower House) Foreign Affairs Committee. That committee has unanimously approved the draft of the ‘Burma Act’. On the other hand, the Upper House (Senate) Foreign Affairs Committee is also going to consider a proposal whether the Rohingya oppression could be defined as 'genocide'.

On 23 June, the statement, published after the ASEAN Summit meeting held in Bangkok, has highlighted the importance of a sustainable and integrated solutions to the main causes of the Rohingya crisis. The ASEAN leaders pledged to jointly work on the repatriation of Rohingyas. They have emphasised the safety of Rohingyas in Myanmar. Also, the previous day, the ASEAN Foreign Ministers, at their meeting, have raised the issue of a specific timetable for taking back the Rohingyas from Bangladesh. It might be a door, if we use our excellent relations exist with ASEAN members, especially Malaysia and Indonesia, so that they continue their pressure on Myanmar to resolve the crisis.

The Rohingya crisis has made the peace loving world people, like us, scared and anxious. Nobody can accept the atrocities of Myanmar. We were expecting that the Rohingyas would start returning to their ancestors’ home quickly. But, at this moment, we do not see any light of hope. That's why we need to strengthen our diplomatic efforts in bilateral, regional and international fields so that everybody in the world continues to pressurise Myanmar. We want a peaceful solution to the problem. Our only purpose is to let the Rohingyas return to their own country and live there with dignity and safety, like other communities.

China is not an important country to the world community, but also a close neighbour of Myanmar. There is no doubt that Myanmar’s relation with China has been strengthened a lot due to their economic interests. China also considers other interests in Myanmar. On the other hand, China's relationship with Bangladesh is very friendly. We are trusted development partners. That means, both Bangladesh and Myanmar are close to China.

So, there should not be any way to deny China's importance in solving the Rohingya crisis. If we can convince China, then the safe repatriation of Rohingas will be very easy. And in this case, the Hon’ble Prime Minister's visit to China is undoubtedly very crucial. We also value the personal equation that exists between the two leaders. We believe that this visit of Prime Minister Sheikh Hasina will not only bring positive results in the solution of the Rohingya crisis, but also widen and strengthen the cooperation between the two friendly countries. It is our expectation that China will play an important role in persuading the Myanmar government to take back the Rohingyas.