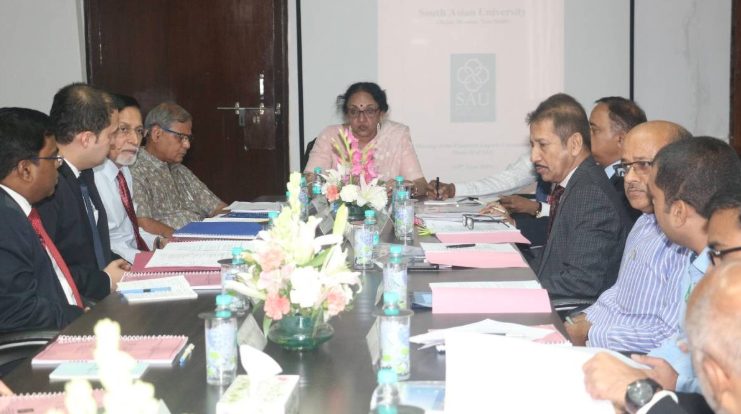 South Asian University (SAU), which was established by the eight member nations of Saarc, will celebrate the birth centenary of Father of the Nation Bangabandhu Sheikh Mujibur Rahman in 2020 with due respect and festivity.

The decision was taken at a meeting of SAU’s Financial Experts’ Committee held in New Delhi, India on June 14 with SAU President Dr Kavita A Sharma in the chair, said a University Grants Commission (UGC) press release on Wednesday.

Representatives of the seven member nations of South Asian Association for Regional Cooperation (Saarc) were present at the meeting.

Participating members of the meeting welcomed the proposal and unanimously approved it.

At the meeting, Prof Shah Nowaz said a seminar, workshop/cultural programme might be organised to commemorate the birth centenary of Bangabandhu and the government of Bangladesh will finance it. “At first, Pakistan opposed the proposal, but later accepted it,” he said.

South Asian University started its operations from the academic year of 2010.