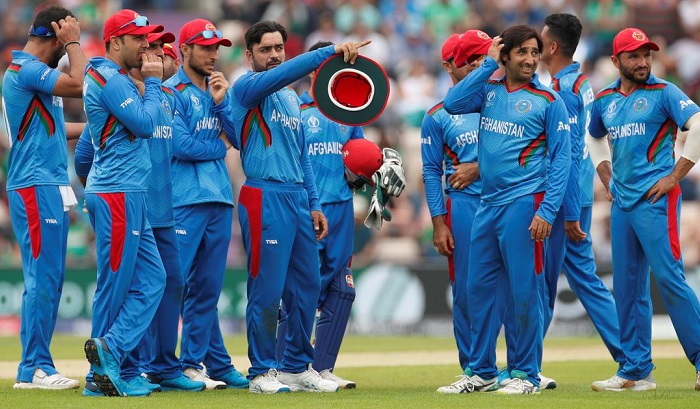 The Afghans have lost all seven of their matches in England and Wales so far, although they came agonisingly close to pulling off a major upset against India.

Ashraf, who last played for Afghanistan in 2016, said the side would learn lessons from the World Cup and he was excited about the future of cricket in the country.

"We must remember that these are very tough sides and they were never going to be easy for Afghanistan to beat, so the expectation from the nation going into those games was not too high," he wrote in an International Cricket Council column.

"Nevertheless, they have done themselves proud with many of their performances, especially that match against India when we got so close (India won by 11 runs)."

Afghanistan have two matches to play, against Pakistan and the West Indies, as they target only their second-ever victory at a World Cup following their win against Scotland during their first appearance in the 50-over global showpiece in 2015.

"I do think it has shown that Afghanistan need to arrange to play more games against the top nations to get that experience," said Ashraf.

"That will be invaluable as we look towards 2023 in India where the conditions will suit our game.

"I think if we can get more experience against those top teams and in different conditions around the world, then you will see a big improvement in Afghanistan in four years' time."

Ashraf, who has played 46 one-day internationals for Afghanistan, said they would have to improve their fielding.

"We saw the difference it made in the match with India," he said. "That game will live long in the memory and hopefully will inspire the players and give belief.

"To lose by 11 runs to the second-best side in the world proves how far we've come and why this journey is just beginning.

"We know we've got world-class bowlers in the likes of Mujeeb Ur Rahman, Rashid Khan and Mohammad Nabi but batting is still an area where we need work. In one-day cricket you need to be confident your team can score 300 runs regularly."