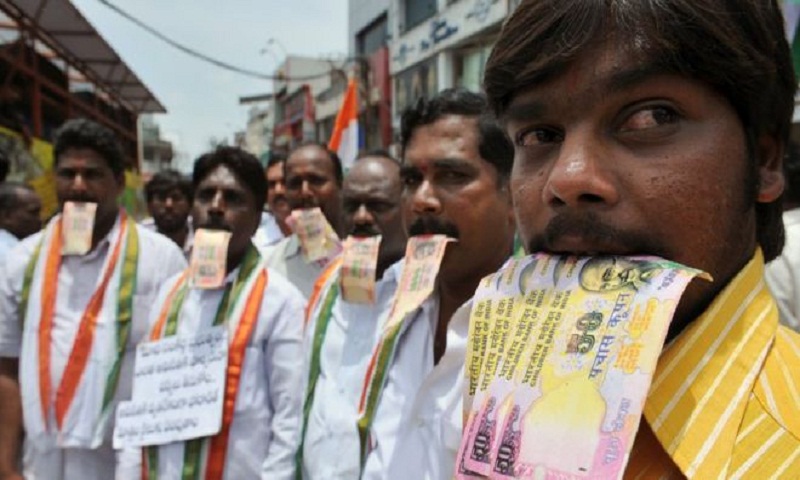 Indians in West Bengal state are attacking politicians for a rather unusual reason - they are demanding that bribes they paid be refunded.

The state's chief minister, Mamata Banerjee, had told ministers to return money paid to them by citizens who wanted to access government schemes.

Soon after, a local leader's home was "raided" by residents on Monday who wanted their money back, police said.

Now similar incidents are being reported across the state.

"The money they have taken... they will have to return it to the victims. We will teach these leaders a lesson," a protester told the Indo-Asian News Service (IANS).